Hailing from Anchorage, AK, twenty-year-old Gus Schumacher has been celebrated as a top American prospect for good reason. Since 2015 we’ve watched Gus win 10 Gold Medals, One World Junior Title and have witnessed countless photo-ops atop the podium. Last season we celebrated as Gus became the first American to win a Nordic Junior World Champion title. None of this success has slowed Schumacher’s drive to achieve more and see how far he can take his professional skiing career.

Q: Can you explain your experiences with racing this season, and walk us through what COVID testing looks like on race day at the World Cup and how you’ve had to change your mental and physical preparations with COVID precautions at the venue?

I feel incredibly fortunate to have the opportunity to compete so much this winter. I know that’s not true for everyone, and it’s not without a ton of hard work. Our staff and organizing committees across the World Cup have been working so much harder this year at keeping the World Cup bubble and local communities safe and healthy. We test on average probably 2-3 times a week, depending on how much we move around. We always get tested before travel, and then upon arrival to a venue. This definitely makes us feel safer around the World Cup group, but there’s still a lot of different behaviors at each place. Generally, we’re able to go through the same motions on race day, except for going inside the wax truck or cabins, or having a warm place for before and after racing.

By now I’m so used to having a mask around that it feels pretty normal to have it on until I start warming up on skis. There’s also the social difference, which is the most noticeably impactful change. What’s normally a super interactive team is limited to zoom or outdoor meetings, and time together is really only at meals if we’re at a hotel. It really makes me appreciate the group skis and even travel days when we can be around people outside of our “pods”. Also, the international friends aspect is a bit of a bummer too, because without common indoor areas, it’s hard to actually have a conversation with anyone else. It’s still really nice to wave and say hi to people that I’ve met before at World Juniors and stuff.

Q: At some point after racing the World Cup or at World Champs where you’re surrounded by adrenaline, amazing ski and race culture it’s time to come home and back to your normal routine. What does that process look like for you? Do you find it difficult to transition from being around the limelight to your home-base in Anchorage? Is there a particular routine you follow to get yourself back into the groove of training at home?

For me, the transition between big races and home is pretty smooth, as I think I’m good at staying connected to my family, friends, and community while I’m gone. Also, in this era of phones, it’s really easy to get pictures of home, and communicate with the ski community when I’m away from either. Honestly, the toughest transition really is going from that weekend-to-weekend attention, to all of a sudden just not hearing from the media and stuff. I know that sounds vain, but you get used to answering questions and being very outgoing about racing, and when all of that just stops, it can be hard to remember that you’re still worth a lot to the people you love, and even if you get less attention for your racing, there’s still lots about you that has value.

Q: Some athletes are extremely strict and calculated with their diet. I knew a racer once who traveled with sweet potatoes and would microwave them for breakfast before races. He felt it gave him consistency and confidence. Or another teammate who needed to have ice-cream the night before every single race, because she felt every time she did it, races worked out in her favor…this one was perhaps more on the superstitious side. Do you have any hard-and-fast rituals like sweet-potatoes or ice-cream?

Nope, I really try to stay away from those things, because what happens when you’re at the Olympics and your last sweet potato went bad or they just don’t have ice cream? I have some basic food stuff that I try to cover, like getting plenty of carbs and a nice warm drink, but nothing specific I need, just in case it isn’t there.

Pre-World Cup dinner and breakfast: It changes so much, pretty much just normal and healthy stuff for dinner, and for breakfast. I like to have plain cereal with milk, and some coffee, but I’ll also have eggs and toast, or yogurt and granola. Usually more in the grain department for breakfast.

Q: What does the rest of your season look like?

Finland for U23 world champs now, then to Davos for a pre-WSC Camp, then to Germany for World Champs, and finish out the season in Norway! Not sure if I’ll race Holmenkollen yet, 50k individual start sounds like a tough sell.

Q: What does Gus Schumacher do with down-time when traveling for races?

Homework, board games if I have more than one roommate, video games if I’m with JC and his Xbox, TV.

F: Give us your Top 5 favorite songs right now!

In the party- Flo Milli

Q: We know you love racing, training and winter, but what is one thing you are excited about / looking forward to post-race season?

I’ve really been looking forward to sunny spring ski days with friends at home. Finishing with some tasty food, hot tubs, beer, and seeing my dogs.

Q: As influencers and perfectly curated photos have become the norm, athletes tend to think a bit more about their style while maintaining functionality. Is style important to you while racing or on the podium? What would be your favorite go-to pieces?

Look good, feel good, right?? I always try to wear ski stuff that I think looks good. I really like my snow camo Rossi buff, and a clean pair of Bliz shades. I’ve been a big fan of simple blacks and whites on glasses, but I’m excited about the new colors that just came out!!

This interview was brought to you by Bliz Eyewear and EnjoyWinter Brands. 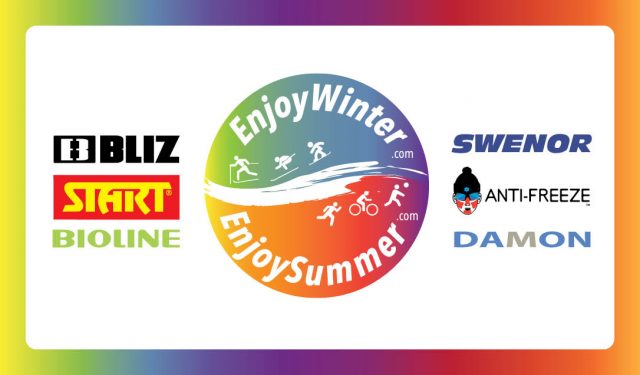 Considering Bolshunov's Actions in Lahti: A Dive into the FIS Rules