ANCHORAGE, Alaska — An autumnal survey of who’s got early snow is somewhere between a trope and a cliché in these pages. Consider, for example, “Early Season at Hatcher Pass: A Photo Essay,” “Early-Season Snow: A Photo Roundup,” or “Alaskans Revel in October Skiing at Hatcher Pass, Birch Hill” (with photos). You may sense a theme here.

But the earliest on-snow dates in these articles are October 6, October 14, and October 15. How would you like to read that same article, but set in – *record scratch* – September?

All of which is to say, it snowed in Anchorage over the weekend. A lot. Like, up 16 to 20 inches a lot. Like, knee-deep on Reese Hanneman a lot. As the local National Weather Service office explained, “moisture from [Cook Inlet and the] Gulf of Alaska was pushed against the Chugach Mountains in what is called upslope flow. The cooling of the air as it moves up the terrain, combined with a steady influx of moisture and upper level support, created the large spread in snow totals over the eastern side of town and into the Chugach Front Range.”

Local skiers, from Olympians to weekend warriors, knew what to do with the results of ample moisture plus cool air. Friday morning’s practice for the APU Elite Team became a 2-hour on-snow classic ski. Saturday afternoon, Scott Patterson and David Norris logged a 3.5-hour classic ski OD over the Hillside trail system. For their second workout of the day. Many athletes went nordic skiing on Friday then alpine skiing on Saturday, skinning up the slopes at Arctic Valley before bombing down through nearly two feet of fresh snow. As former FasterSkier reporter Nat Herz captioned a Saturday Instagram story from Arctic Valley, in a nod to less salubrious real-world concerns, “Alaska: Highest Covid counts in the country. Best damn September skiing anywhere.”

If race-ski skiing in September while all Alaska hospitals are rationing care and patients die for want of ventilator space was surreal – and it was – then so was looking down from the Hillside ski trails, on the eastern edge of Anchorage, and seeing nothing but bare ground on the west side of town. Due to some meteorological quirks in an area with mountains and ocean in close proximity and the potential for remarkable microclimates, it snowed literally zero inches anywhere west of the Seward Highway, which roughly bisects Anchorage. The views of snow-covered mountains from Kincaid Park, the city’s other main nordic area, were world-class, but none of that snow reached sea-level Kincaid.

Geographically speaking, the distance from “Trace” of snow on this map to “16.5 inches” is around eight miles as the crow flies, with each endpoint on that line readily visible from the other. Practically speaking, you could ski in the morning beneath snow-encrusted trees, then run, or mountain bike, or even rollerski in the afternoon, on dry trails beneath gorgeous full colors. (Most of the leaves are still on the trees, save those that recently collapsed under the heavy snow load. Because it’s still September.) It was like Bend in the spring, but without the altitude or sunscreen.

Finally, a brief history lesson. On September 24, 2000, an aspiring pro nordic skier named Cory Smith reveled in a fall snowstorm that let him ski in loops on a Park City golf course before it melted away on a 60° day. “A three hour OD on snow in September! Unheard of,” Smith raved on his proto-nordic blog.

In the intervening two decades, Smith would come close to but not ultimately make the 2002 U.S. Olympic team, found an obscure website called FasterSkier.com, retire from pro skiing, and move to Anchorage, where he would code a simple but effective and widely used website for user-generated ski trail reports. On September 24, 2021, he would write on snowio.com, “Hillside is very skiable. It’s slushy, so waxless rock skis are the way to go. But if you want a true September WTF (winter’s truly fantastic) experience, head up a little higher. There is about 2 feet of snow and a nice skied-in track from Upper O’Malley trailhead to Glen Alps.”

Please enjoy this selection of recent photos from a truly fantastic winter experience in Anchorage (plus two bonus on-snow photos from Fairbanks at the end). All images are screenshots from their respective Instagram photos or stories, posted at some point between Friday and Sunday. 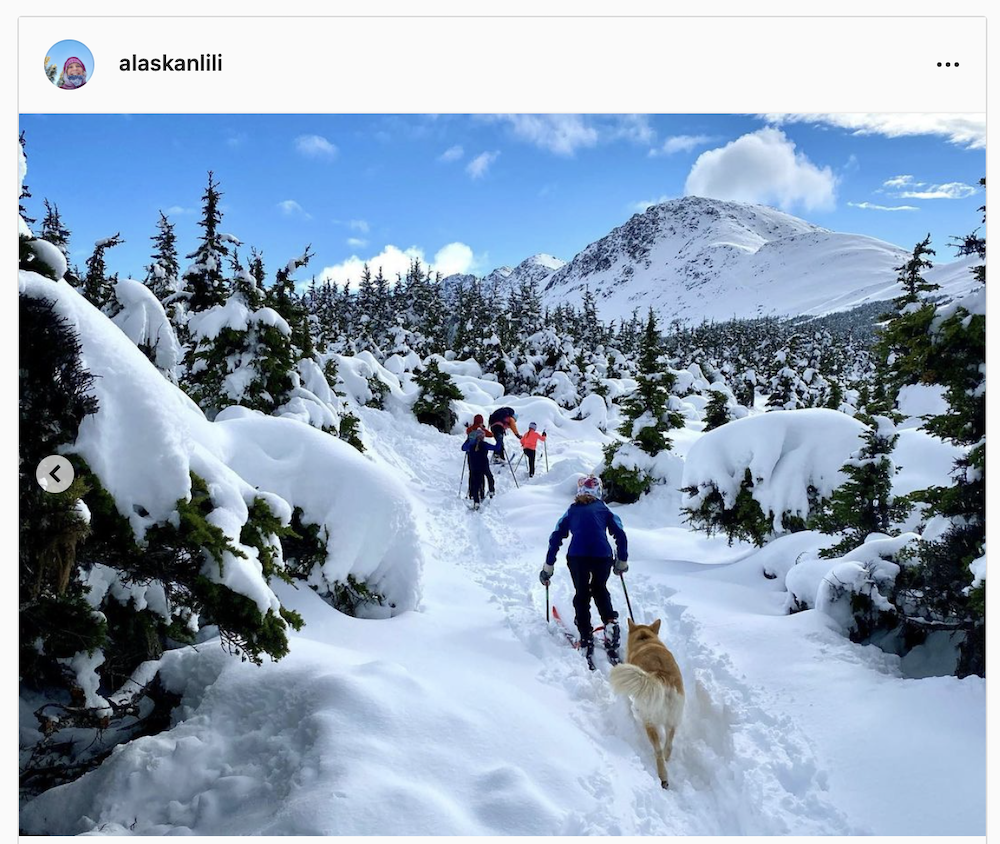 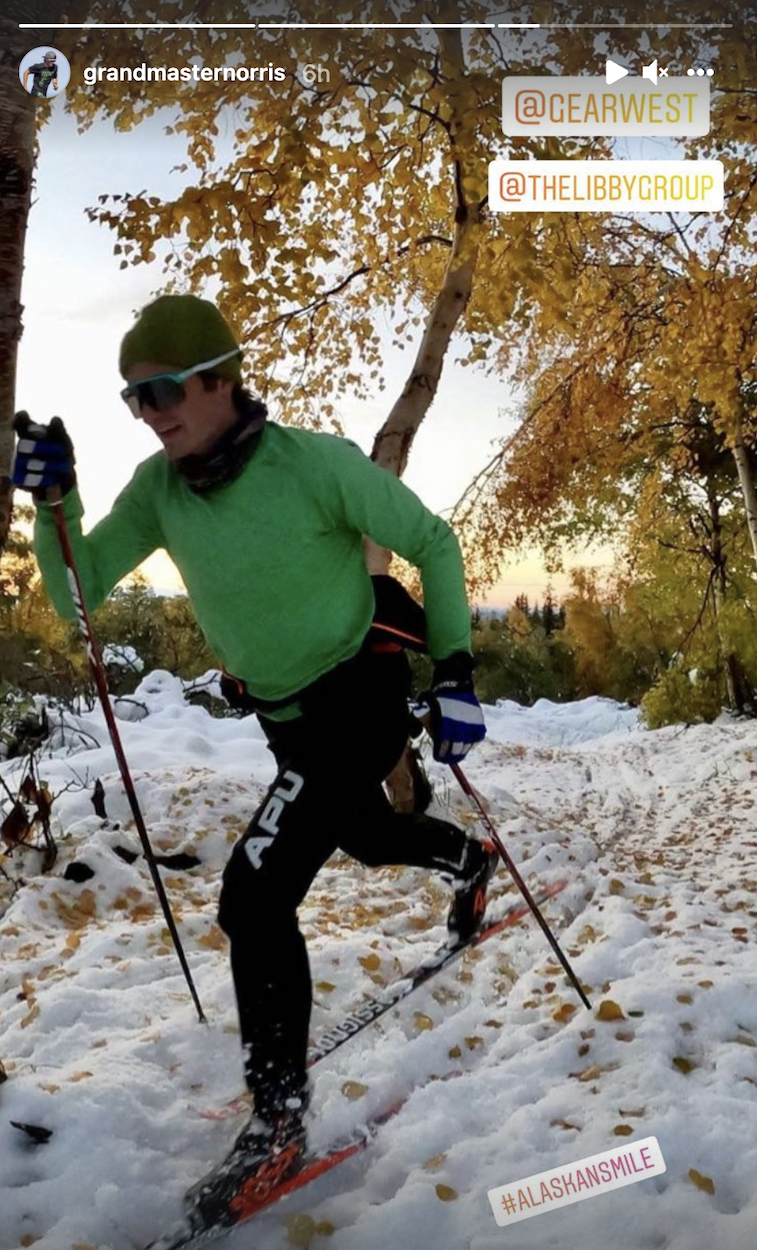 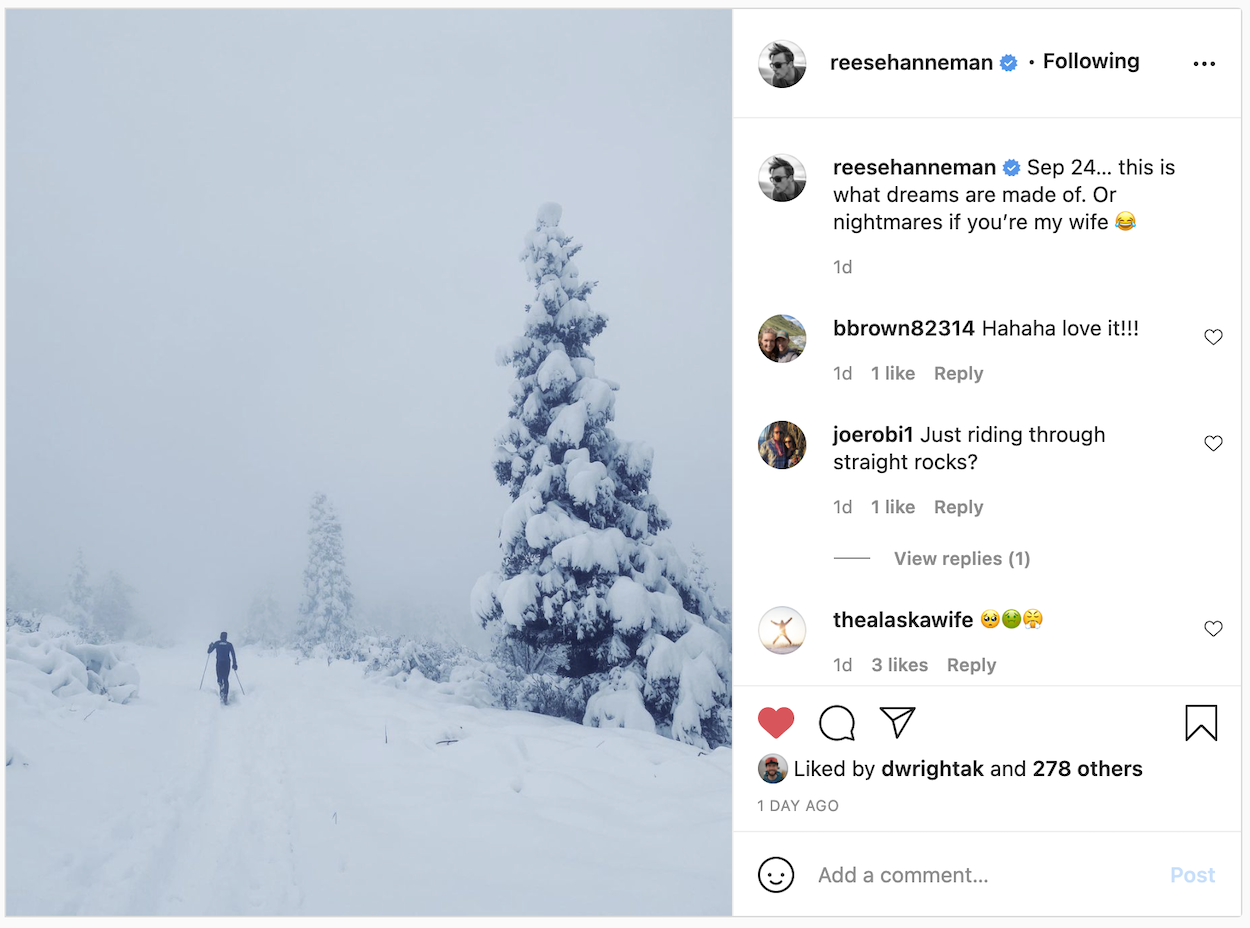 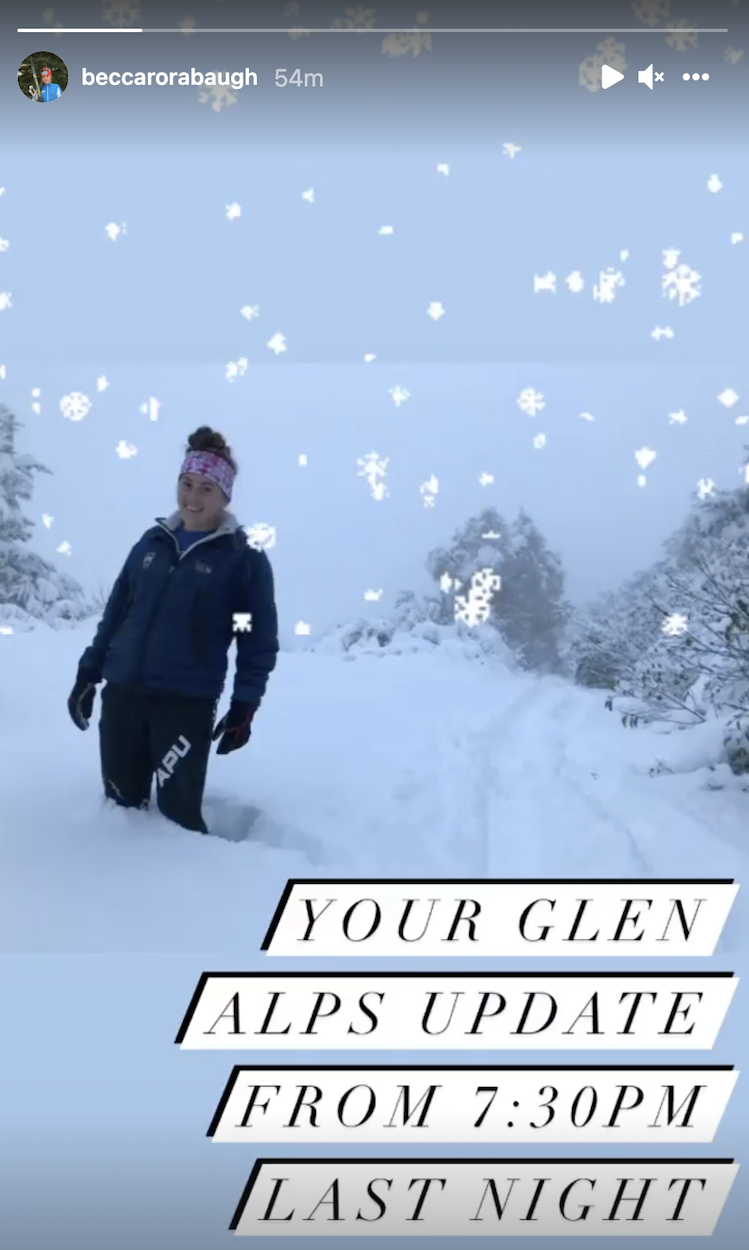 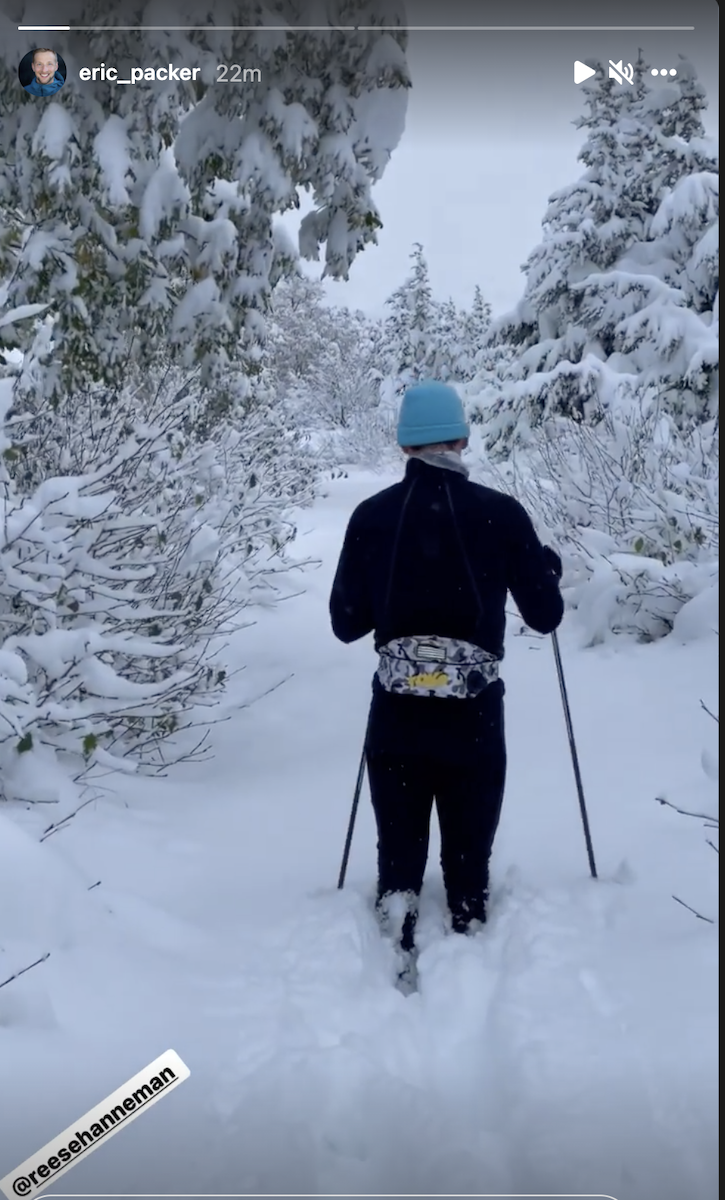 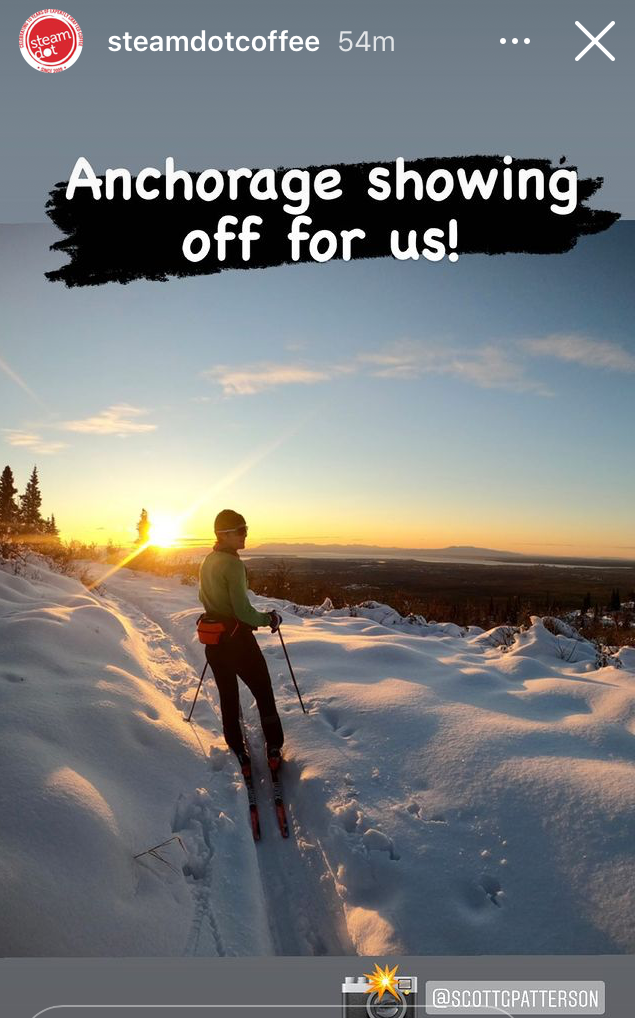 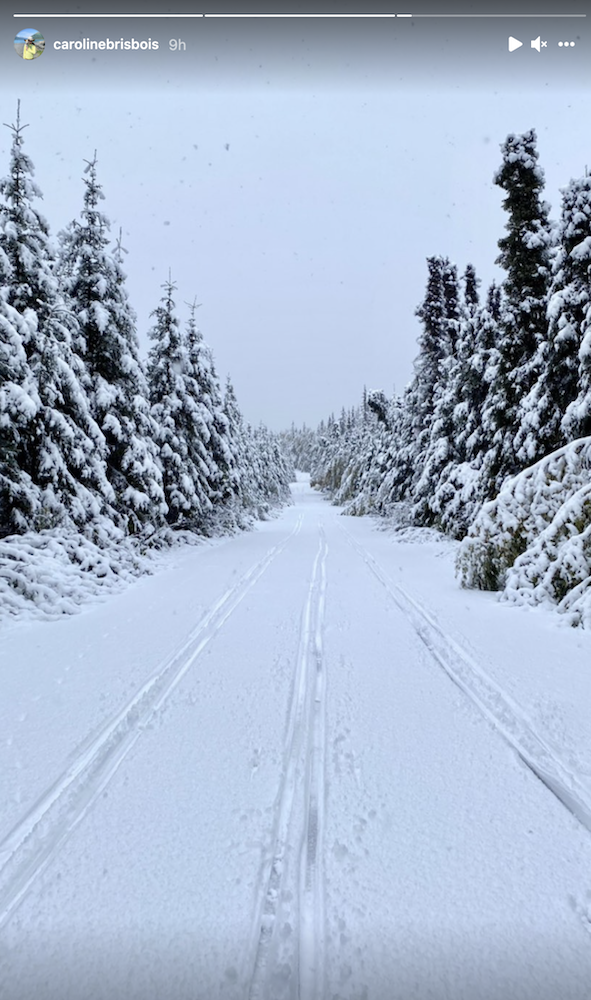 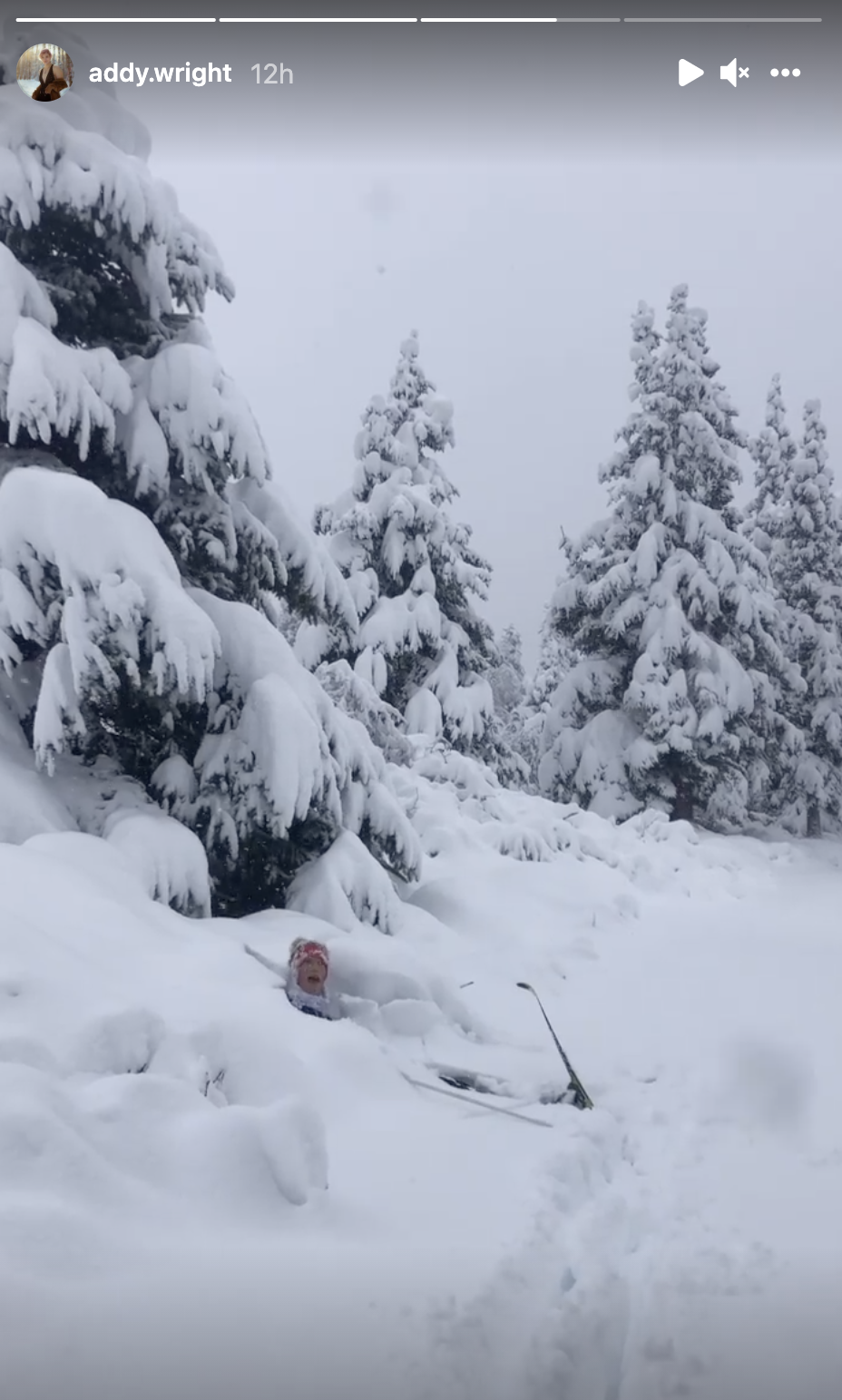 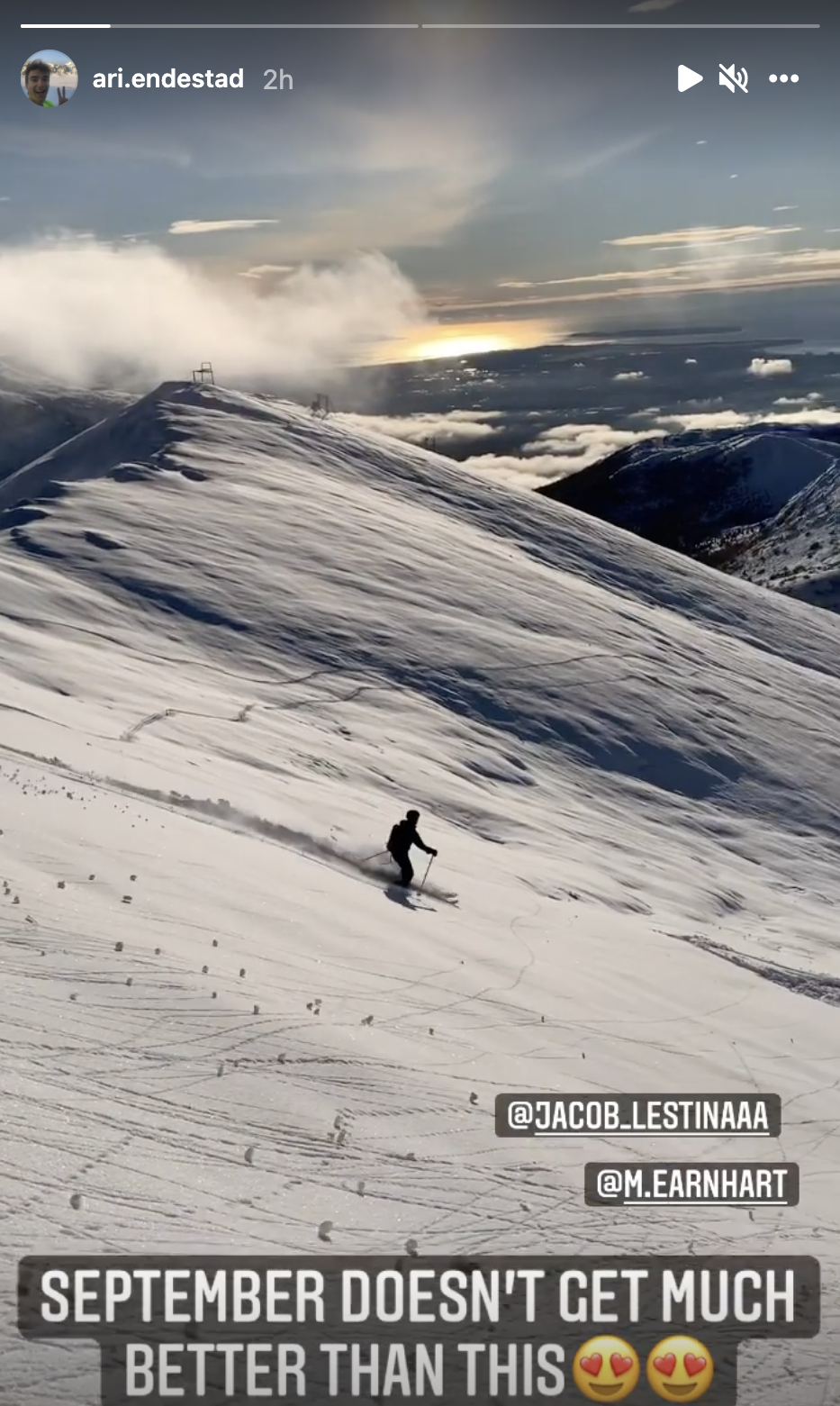 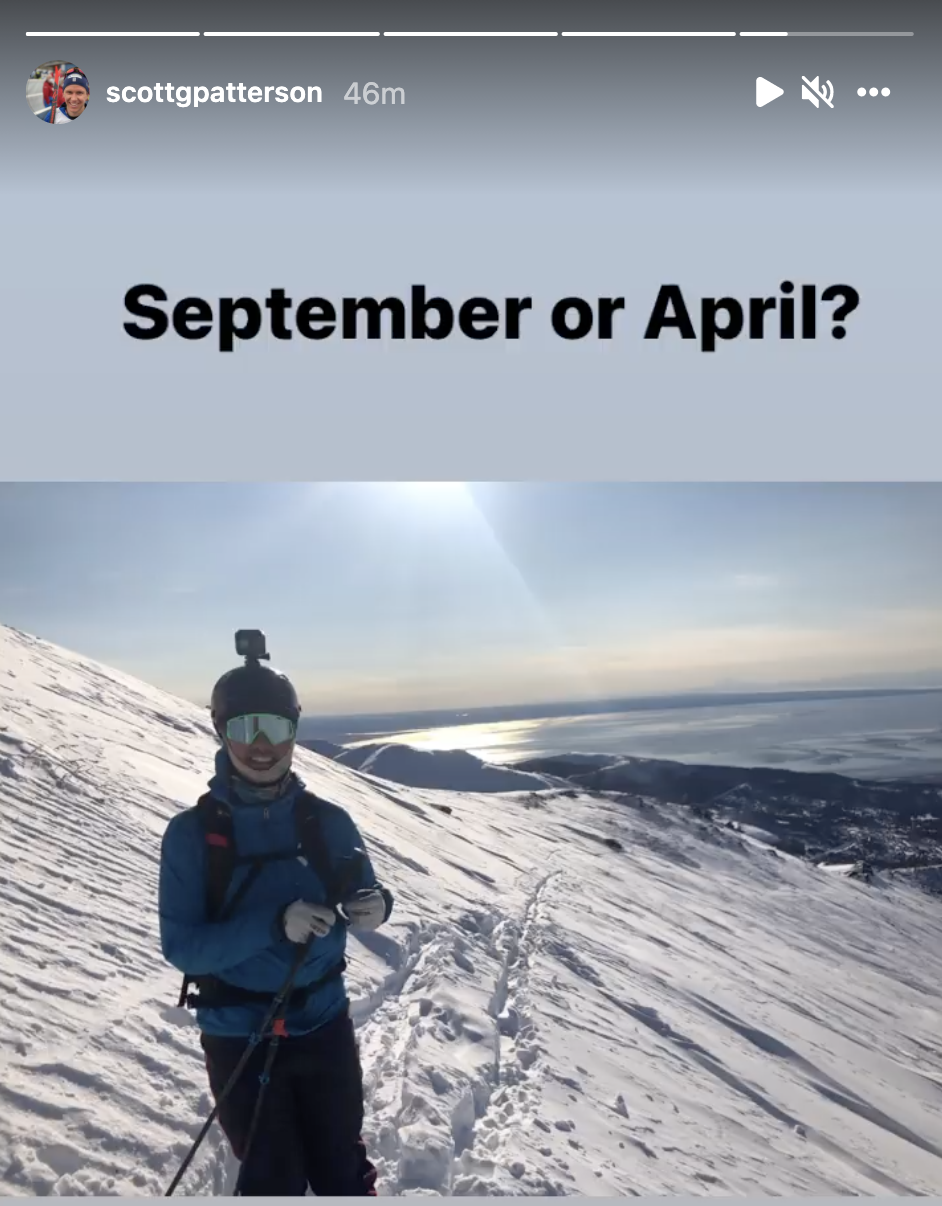 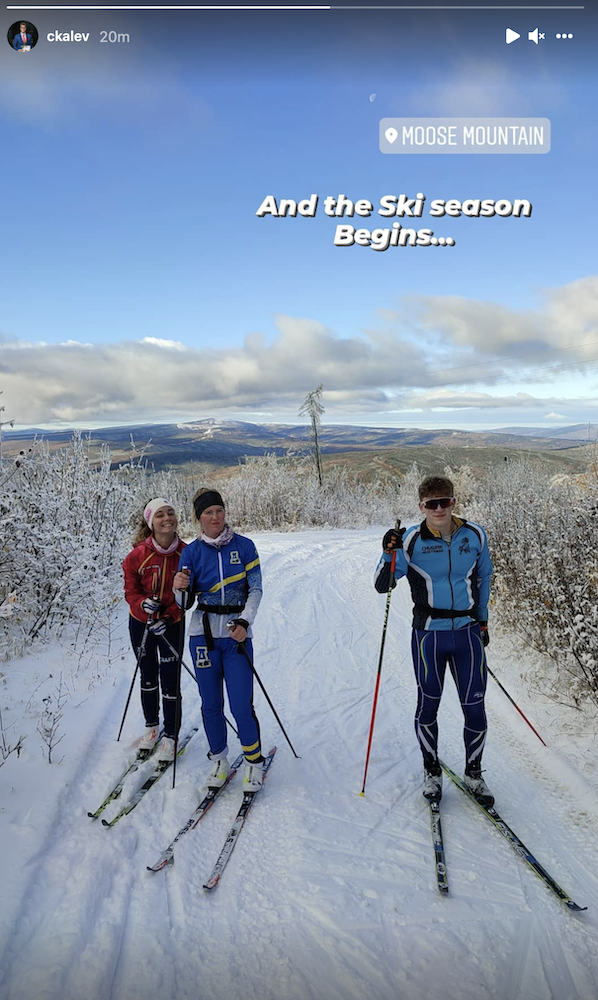 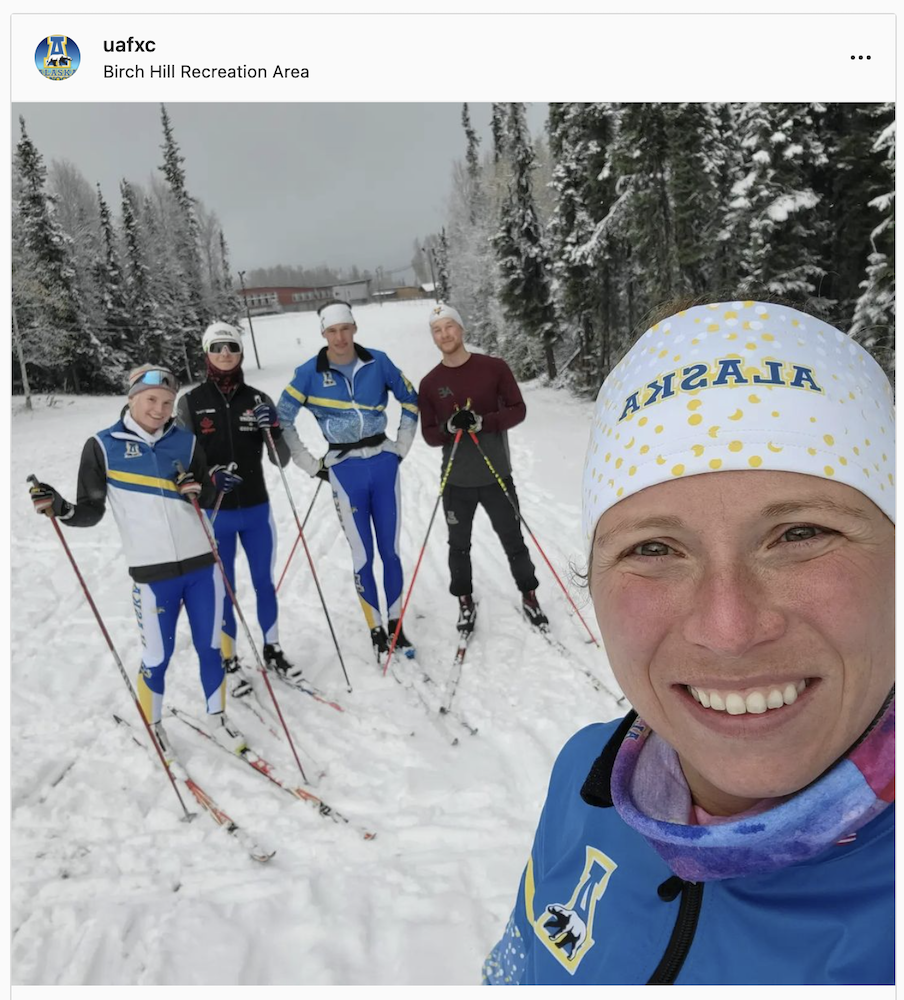 “A Summer Without Snow: Athletes and Coaches on a Year with No Summer Skiing,” FasterSkier, October 2020