Fans of ski-mountaineering, mountain-running, or ultra events will likely have heard of Emelie Forsberg. A Swedish athlete representing Salomon, Forsberg has an impressive racing resume including, numerous ski-mo World Cup victories, World Championships titles from the Sky running ultra distance series and the women’s Fastest-Known-Time (FKT) on Mont Blanc, the Matterhorn, the Grand Teton, and more.

Her partner, Kilian Jornet, is a world-renown athlete whose many feats are too numerous to list here. The two live and train in Norway where they are raising their two daughters.

In addition, Forsberg owns and operates Moonvalley farm and company with two fellow Swedish runners, Ida Nilsson and Mimmi Kotka. Needless to say, this woman does it all.

In 2018, Forsberg published a book, Sky Runner, which covers a little bit of everything relating to her life. Between pages of awe-inspiring photographs and accounts of amazing athletic achievements is a collection of some of Forsberg’s favorite recipes. As Forsberg writes, “I like sharing beautiful views, nice runs and things that give me energy. Food is also a part of that. I like cooking and baking, and I love eating good food made from good products, that gives me the energy that I need.” The recipes are simply described, and recently I felt up to the task of trying and testing out a few. 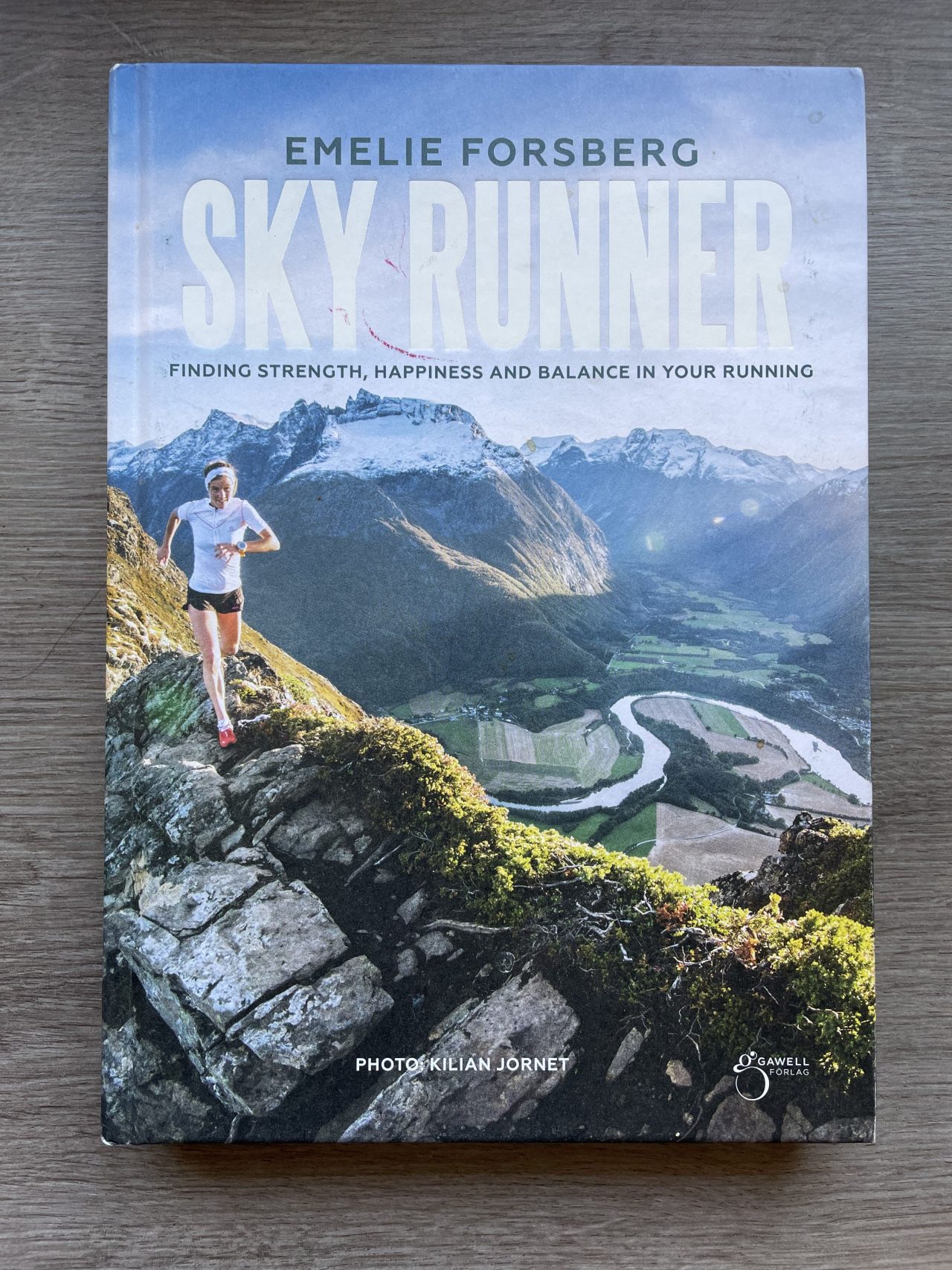 The first to be tested was the lentil stew. Based on what vegetables I had at the time, and my affinity for adding sweet potato to everything I eat, I made a few additions, including garlic, kale, and of course sweet potato. Lentils always take longer to cook than I anticipate so I left the stew to simmer longer than Forsberg suggests. The result was a hearty stew that could be served on its own, or over a grain like rice or quinoa, depending on one’s preference. Not only was the final dish colorful, but it was also delicious and something I will definitely make again.

My second recipe attempt was a bit bolder. I decided to try the cinnamon buns which looked so beautiful and enticing in the book.

In reality, an American following Swedish measurements using a French kitchen resulted in something a bit less appealing to the eye.

My recommendation would be to go heavy on the flour to make the rolling and shaping process easier, as well as to bake the buns at a lower temperature for longer than suggested by the recipe. Having not done so in my first go around, I had to deal with a bit of a sticky mess, both pre and post baking. Despite their appearance, the buns tasted great, so I need to revisit the approach to improve the appearance and consistency of my outcomes in the future.

The final recipe I tested was for truffles. These date-based energy balls were simple to make and tasted amazing. After soaking the dates for a few hours, I was able to easily take the outer skin off, which was not mentioned in the recipe but seemed like a good idea in order to achieve a smooth consistency when blended into a paste. I foresee these energy bites quickly becoming a favorite trail snack of mine.

While I have only tested three recipes so far, Sky Runner has many more which all look equally tasty and nutrient dense.

Beyond the recipes, Sky Runner is worth perusing as Forsberg shares training and lifestyle insights, along with stories that I really enjoyed. Originally written in Swedish, you can order an English version online or through your local bookstore.

Growing up in Washington’s Methow Valley, Ella was immersed in skiing and the ski community from a young age. From early days bundled in the pulk, to learning to ski as soon as she could walk, to junior racing, a few seasons of collegiate racing, and then to coaching, she has experienced the ski world in many forms. Now, as a recent graduate from Dartmouth College, she finds herself living in France splitting her time between teaching English at a university in Lyon, avidly following ski racing (and now writing about it!) and adventuring in the outdoors as often as possible.

Who Are the Greatest Alpine Skiers of All Time?

The Concept2 SkiErg Sprints Have Begun