With the course re-routed from the original 38-kilometer mass start skate to essentially an out and back into Meråker, Norway’s ski stadium, the day belonged to Russia’s Alexander Bolshunov who appears, at this point in the season, to be unstoppable in the distance events. 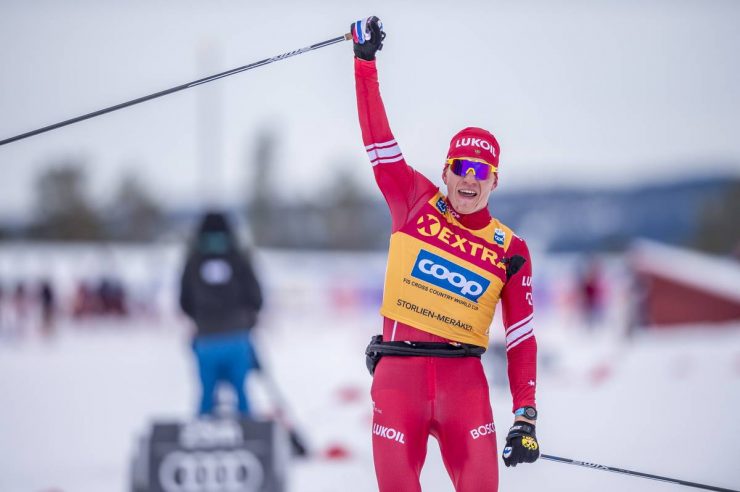 In the end, it was all Alexander Bolshunov: peerless. (Photo: NordicFocus)

In a post-race interview, Devon Kershaw noted that men paced it World-Cup comfortable for much of the first portion of the race. In other words, the effort up-front, although speedy for most, was not a break apart the 79 starters into small groups of similarly paced pockets of effort.

Fast forward to the 14 k mark, and 32 men came through the time check within 1.8 seconds. At that point, Jens Burman of Sweden was driving that train.

Through the race mid-point, the pack faced a steady headwind. Tactically, it made sense for any would-be endurance escape artist to wait until the turn home on the mostly out and back course, when a tailwind could aid their efforts, to make a move. 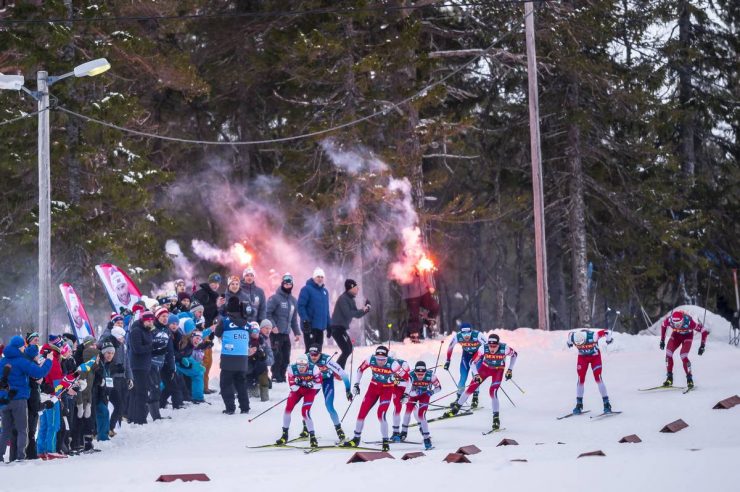 Sjur Røthe of Norway took big pulls leading as did his teammate Finn Hågen Krogh. Later in the race, Emil Iversen too sensed some podium opportunity. We could expand the list. But that would perhaps overshadow Bolshunov.

A select group began to pick up the pace as skiers sped towards the 20 k time bonus. This included Røthe, Krogh, Bolshunov, Iversen, and Johannes Høsflot Klæbo who came through the check-in 17th. (This was not the Norwegian national champs, although nine Norwegians, at that point, jammed the front 17 spots.) 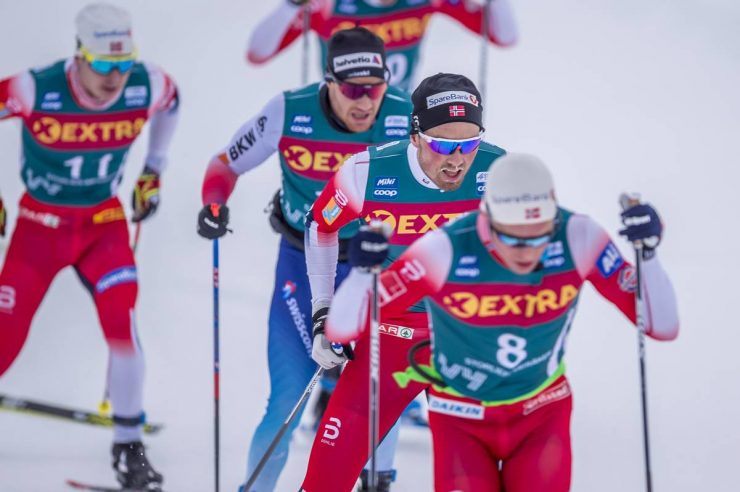 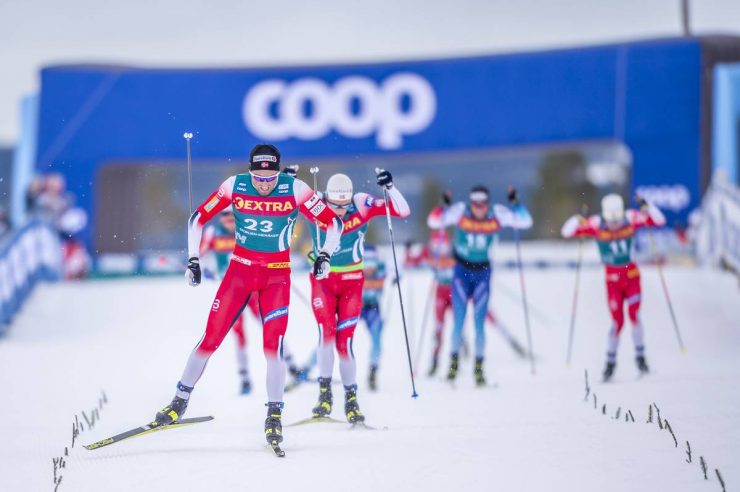 Emil Iversen comes in for third place on Stage 4 of the Ski Tour 2020. (Photo: NordicFocus)

Post-20 k time bonus, Bolshunov wound up, uncoiled, and made a decisive move. He set off solo, accelerating ahead of the pack of star names, and was able to gap the chase by 51.7 seconds at the finish for a solo effort win in 1:19:34.9. 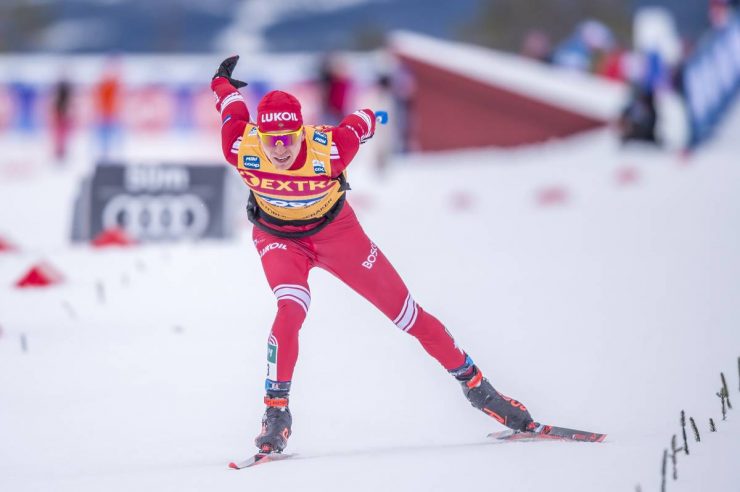 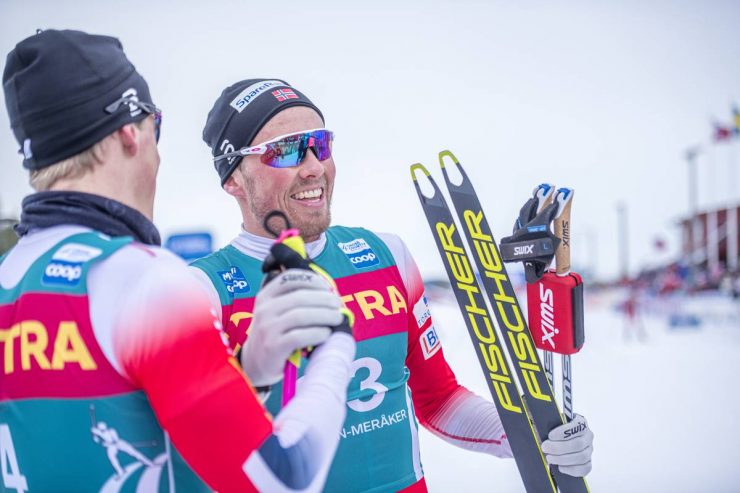 Racing continues Saturday in Trondheim with a 1.5 k classic sprint, the sixth stage of the Ski Tour 2020. 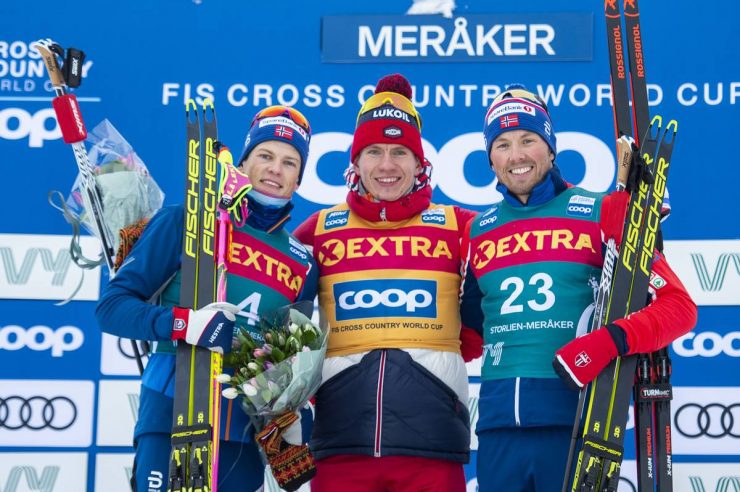