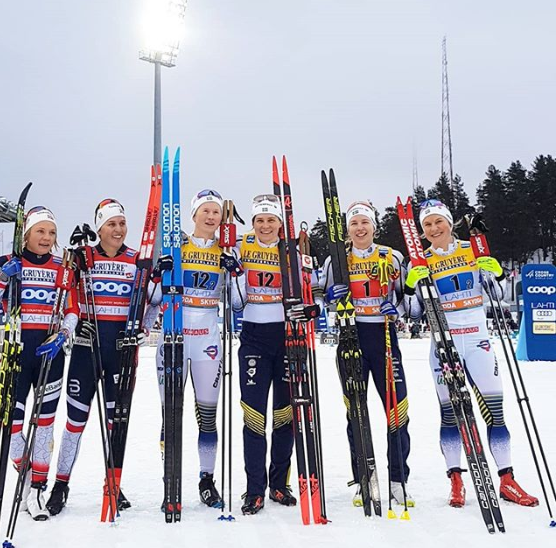 Sunday in Lahti, Finland the women raced a 6 x 1.4-kilometer classic team sprint. U.S. fans saw their hopes for a podium snuffed out in the two semi-finals that determined the 10 teams advancing to the finals.

In the first team sprint semi, the U.S. Ski Team’s (USST) Ida Sargent and Sophie Caldwell  placed sixth overall and did not advance. Sargent and Caldwell, constituting team USA I, were 10.78 seconds off the winning time of Sweden II’s Evelina Settlin and Hannah Falk, who won the first semifinal in 18:36.74 minutes. 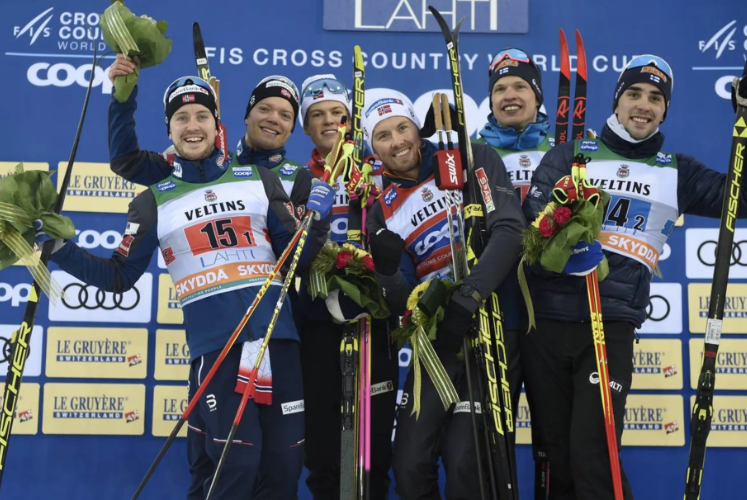 The men raced a 6 x 1.6 k classic team sprint in Lahti. Both U.S. teams entered raced in the second semi with neither placing well enough to advance. The second semi was won by Russia I’s Artem Maltsev and Gleb Retivykh in 19:31.22 minutes.

Norway I’s tandem won the final in 18:57.19 followed closely by Norway II’s Sindre Bjørnestad Skar and Eirik Brandsdal in second (+0.65). It was a photo finish for second and third, as Finland I’s Iivo Niskanen and Ristomatti Hakola finished 0.71 seconds back to take the third podium spot.

This race rundown will be updated.

Westerns wrapped up with club relays on a day where the thermometer flirted with cancellation before rising to -17C at 9am (that is 2 Fahrenheit, for residents of Liberia, Myanmar, and the USA).

The relay event is intended to help build club spirit in a less competitive environment. In practice, many skiers just find two friends they want to ski with. Despite the cold, 105 teams competed today.

In the open men category, the ‘BC Lost Boys’ team won easily, with Rémi Drolet, Gareth Williams, and Julien Locke finishing the 15km in 38:00.9. Drolet and Locke are teammates at Black Jack while Williams is a Telemark local. All three are national team members. 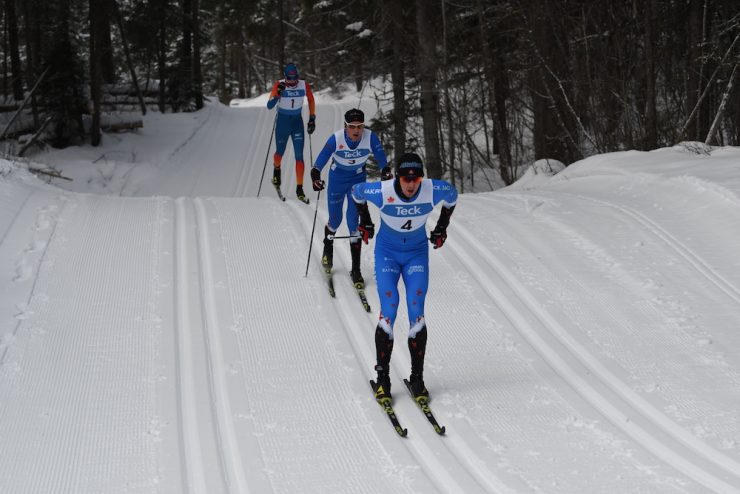 The open women used the same 5km loop as the men (and the same as on Saturday). ‘BC Supernovas’ won in 47:25.7, with BC team members Paige Latta (Sovereign Lake), Elizabeth Elliot (AWCA), and Benita Peiffer (Whistler). ‘BC Avalanche’ took second at 1:33.4 with Katie Weaver (RMR), Gina Cinelli (Revelstoke), and Beth Granstrom (AWCA). ‘Just the Ladies – No Nick’ was just 3.5 seconds behind 2nd place with Claire Grall-Johnson (AWCA), Amanda Thompson (AWCA), and Hannah Jirousek (AWCA) representing Yukon/Ontario.