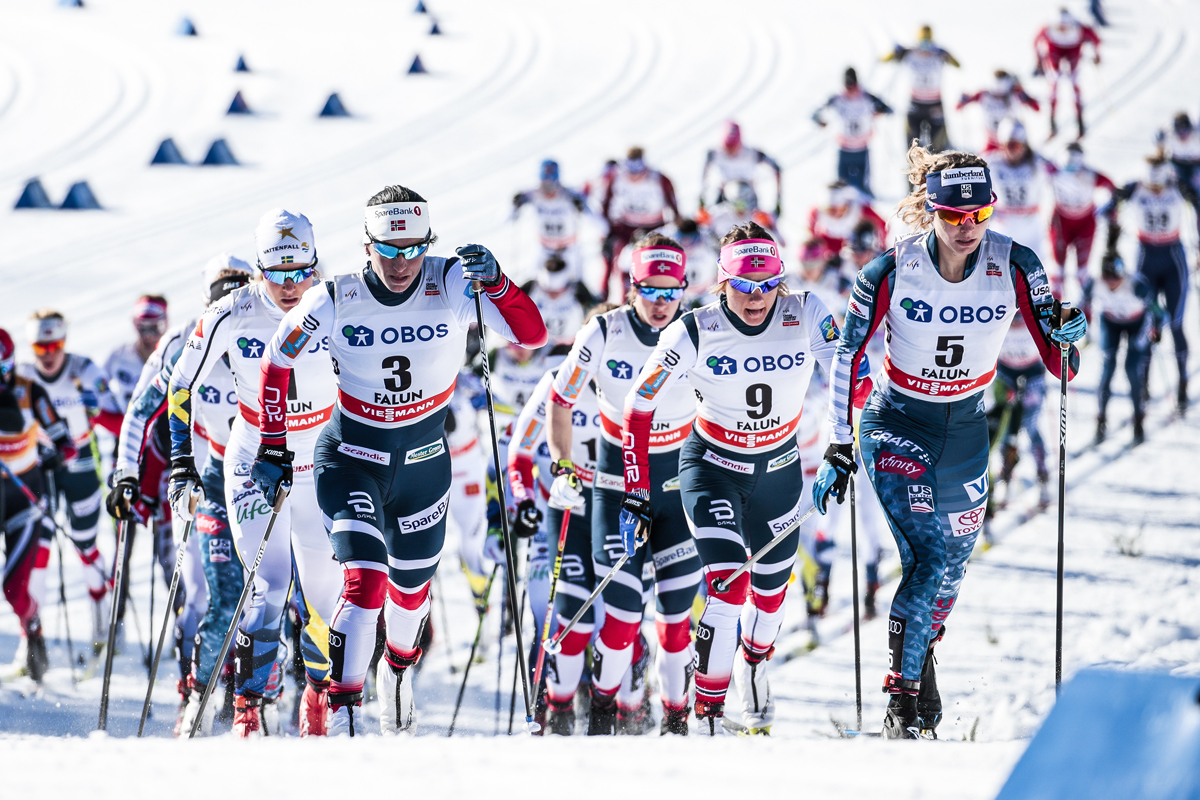 On May 29, the latest research paper to dive into Marit Bjørgen’s training logs from 2000-2017 was announced in Gemini, the research news publication from NTNU and SINTEF, two research institutions in Norway.

The most recent paper titled “Block vs. Traditional Periodization of HIT: Two Different Paths to Success for the World’s Best Cross-Country Skier,” was published in Frontiers in Physiology on April 5th.

The authors are described in Gemini as “Guro Strøm Solli of Nord University and NTNU and a former xc-ski team member herself, Espen Tønnessen from Kristiania University College in Oslo, and Øyvind Sandbakk, from NTNU’s Centre for Elite Sports Research.”

The latest paper in their series explores Bjørgen’s use of two distinct types of high intensity training (HIT) and how they impacted her performance.

Gemini describes the two HIT methods as the following: “The first approach was block training, where she clustered her HIT sessions into blocks, interspersed with recovery periods with fewer HIT sessions. Later in her career she switched to a traditional model, where HIT sessions are spread more or less evenly throughout a training period.”

Bjørgen’s block HIT method, used from 2005-2006, involved numerous periods of intense HIT sessions and fewer hours in what many would consider a traditional long-duration low-intensity program.

From 2014-2015, another HIT segment the researchers zeroed in on, Bjørgen used a more “traditional” approach to her HIT training.

Gemini describes the “traditional” methodology as what many athletes have become familiar with: “Typically, the researchers said, the traditional approach means that an athlete relies on a mix of low, moderate and high intensity training, gradually transitioning from high volumes of training — meaning number of hours — to higher training intensity and training that is more specific to the sport the athlete is competing in.”

The scientist do not answer which method is more effective? It is also important to remember this is Bjørgen, and it remains a sample size of one.

“To get progression you need to change something,” Sandbakk told Gemini. “It’s not always that if something works, then more of it is better.  That’s an important message.”

Mix it up may be the take-home lesson.

The three research papers derived from Bjørgen’s training logs are linked above and provide some great reading and insight.