On June 17th, an update was posted on the Worldloppet International Ski Federation website following the annual general meeting in Isafjordur, Iceland to announce the end of the FIS Worldloppet Cup series. While skiers will still be able to earn FIS points in each of the individual marathon races across the globe, the series will no longer be sanctioned by FIS, meaning cumulative points earned by the winners will no longer be totaled and there will no longer be an overall Cup champion each year. The Worldloppet Ski Federation believes that this will shift the focus away from the recruitment of elite skiers toward better serving the larger popular ski community.

“In order to meet our vision of being the voice of popular skiing, we feel like we have to strengthen our focus on the popular skiers,” said Epp Pall, the CEO of Worldloppet in the announcement. 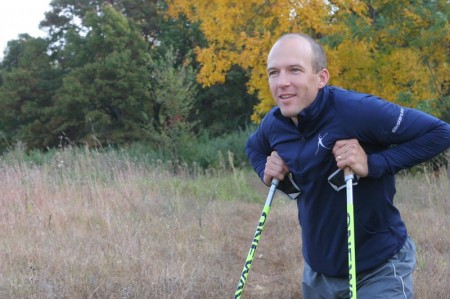 Popp explained that twenty years ago, the Worldloppet Ski Federation was approached by FIS about running a marathon championship series, as FIS was responsible for running the shorter World Cup events. The FIS sanction did not include monetary resources, but Worldloppet accepted the proposal. It seemed to be an opportunity to unite popular skiing and elite skiing by having recreational skiers line up with World Cup level athletes at marathons around the world.

“The interesting thing about the Worldloppet is that it’s sort of the funding of skiing when you look at it,” explained Popp. “There are about 140,000 people that ski the different Worldloppet races a year that are paying full price for skis or watching [the World Cup] on TV. They really are the economy of skiing. So it was this concept of maybe this is the first step in marrying the elite World Cup skiers to the popular skiers, which are driving it financially.”

However, despite a strong concept, the Worldloppet did not feel that the cup was achieving what it set out to do by taking that first step, partly due to the amount of money available to support the Cup.

“In concept it’s great, but in reality, the prize money is not that great,” stated Popp. “It varied anywhere between $25-40,000 euros per year based on how many teams were in it. Sometimes there were seven cup races, sometimes nine, so that fluctuated. And the reality was that it was a struggle to get athletes.” 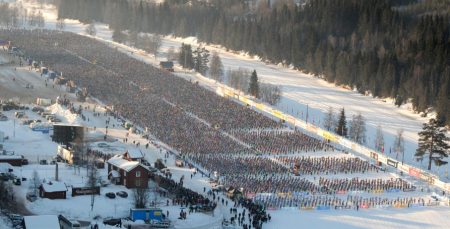 12,500 racers participated in the 90-kilometer classic race at the Vasaloppet in Mora, Sweden in 2019. (Photo: vasaloppet.se)

Because each race had a limited budget and trade teams were unable to fund athlete travel to the different races, the race organizers were couldn’t draw sufficient depth in the elite field, in particular, for the overall cup standings which were a cumulative result of multiple races. Last year, only four women raced four or more of the seven World Loppet Cup races, and only eight did so for the men. Like the World Cup, the winner of a race earns 100 points, 80 for second, 60 for third, and so on. Because of the lack of depth, an athlete who won one event would place in the top-10 in the overall, as was seen in the men’s results this year.

“So the competition wasn’t there, and I think overall, the cup was not doing what it was designed to do, which was to draw high-level athletes to the popular ski races to try to marry popular skiing with the best skiing in the world,” Popp explained. “So that was the premise and it wasn’t really happening.”

Because of this, the Worldloppet decided it would be best to reallocate the resources focused on recruiting elite athletes and issuing prize money into better serving the popular ski community. Popp described this as “an evolutionary time for the Worldloppet” and an opportunity to reconsider the purpose of the federation.

“FIS does a great job of managing and overseeing World Cup skiing at the highest level,” stated Popp. “Which is awesome. What is that the Worldloppet does? We’re really good at popular skiing and marathons where there are lots of people. So maybe our role is not so much trying to manage and somehow marry elite level skiers who are the best in the world to popular skiing. Maybe we should just be the voice for popular skiing and the resource for popular skiing. Whether that’s calendars or travel or whatever it is to make those events more accessible for more people to travel around the world and ski. Maybe that’s our role.”

He added that some of this reevaluation reflects adapting to the needs of a more modern ski community. When the Worldloppet was started in 1978, there was little opportunity for popular skiing, air travel was more difficult, and access to the internet was limited.

“It was a great first step at creating opportunity for popular skiing,” said Popp about the inception of the federation. “Now, travel and information is much more accessible and easy. I think the shift from the Worldloppet standpoint is going to be a good one because it allows the Worldloppet to focus its energy and resources on what kind of things can we provide for popular skiers around the world that will enable them to ski more races. And to really bring that ski community together, similar to what FIS does for the World Cup level of races.” 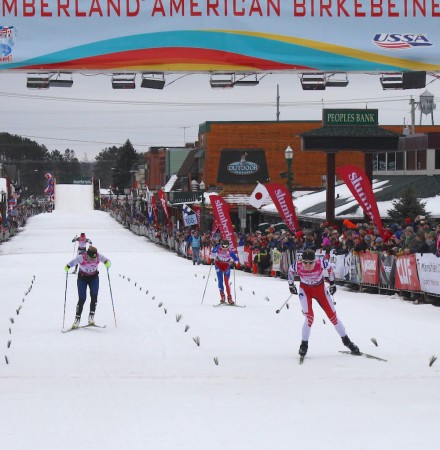 Erika Flowers of the SMST2 Team (r) racing to third in the 2016 American Birkebeiner in Hayward, Wis., ahead of Italy’s Elisa Brocard (l) and Klára Moravcová of the Czech Republic in fourth and fifth, respectively. (Photo: Worldloppet)

The Impact on the American Birkie

As the American Birkebeiner has not consistently been a member of the Worldloppet Cup Series, the cessation of the cup does not have a significant impact. Popp explained that ABSF was spending about $10,000 per year to be a member of the series on the years they were included, which he thinks could be better used to recruit domestic skiers.

“If the goal was to bring elite level skiers here, we’re better off using our dollars to pay the Kikkan Randall’s and Alex Harvey’s and those athletes to come,” he said. “Because they are what really draw our tie to the [North American] popular skiers.”

Popp illuminated that the majority of Worldloppet Passport holders are in fact from the United States.

“So that tells us that at the Birkie what we need to do as part of the Worldloppet is: how can we educate the American skiers or give them the information they need to go ski overseas?” he questioned. “Whether that’s at the expo or by using our distribution list. So the loss of the cup wasn’t so important so much as it helped tell us what the skiers might want or need.”

Further Discussions at the Worldloppet Meeting 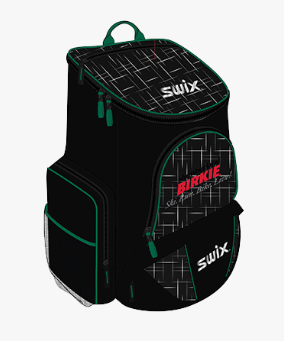 Participants in the 2019 Birkie had the option of purchasing this reusable gear bag as part of the American Birkebeiner Ski Foundation’s green initiatives. (Photo: birkie.com)

Apart from the FIS Worldloppet Cup decision, participants in the Worldloppet Annual General Meeting collaborated on other topics including green initiatives to make the Worldloppet events more environmentally friendly. In recent years, the ABSF has introduced a custom reusable gear bag manufactured by SWIX which is available for purchase at registration for Birkie events. This bag can replace the plastic bags previously issued to hold participants warm up clothing and additional gear that needs to be transported from the start in Cable to the finish in Hayward.

The Worldloppet members are considering designing a Worldloppet gear bag for the same purpose, which could be used at any Worldloppet event. Not only would this reduce plastic usage, it would also be another way to unite popular skiers participating in the races.

Popp concluded that he walked away from the meeting in Isafjordur inspired by the unity in the goals of the Worldloppet Ski Federation, despite the drastic differences between the size of different ski communities or number of participants in events. The Ushuaia Loppet in the Southern Patagonia region of Tierra del Fuego, Argentina drew approximately 250 racers to its races, while the Vasaloppet which finishes in Mora, Sweden hosted over 12,500 skiers in the 90-kilometer marathon alone (see second photo above).

“You have this huge disparity of infrastructure, business structure, and all those things, and yet, it’s pretty unanimous when everyone gets together,” said Popp emphatically. “’How do we get more people skiing and racing and loving the sport, knowing that it’s really still a small fragment of the population?’ So it’s always really energizing to come away from the meetings with that sort of excitement and new or different ideas.” 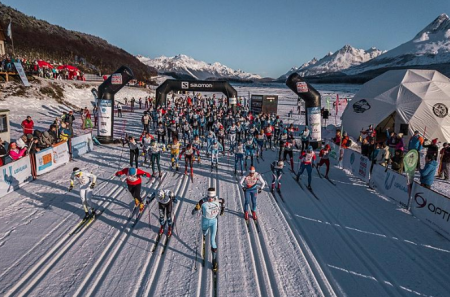