When I began skiing halfway through high school, I remember my coach telling our team that cross-country skiing was a “lifelong sport”. Now, more than a decade and a half later, I don’t have to look far to see the truth in that statement. While out for a ski on local trails, I might see a 65 year old retiree who is training for the Korteloppet, a 50 year old former bike racer who has taken up skate skiing in the winter, a 75 year old skiing in jeans on fish scales, and a 17-year-old Junior Nationals hopeful. I might also see (or be) a parent towing their child(ren) in a chariot, a beginner working up the courage to “pizza” down a hill, or a former NCAA racer kicking and gliding effortlessly up the track. Each of us with unique starting points, individual differences in technique, and physiological strengths and weaknesses, the ski community encompasses a wide spectrum of athletes.

The beauty of a low-impact sport is that it can be forgiving on the body, despite the cardiovascular toll it might require. At the same time – yes, it’s a low-impact sport, but “low-impact” does not mean cross-country skiing does not put a large strain on the body. It requires strength, balance, repetitive movement, and at times might involve an uncomfortable crash or two onto unforgiving hard packed snow.

Whether you have performance or fitness goals, are simply looking to improve technique and efficiency, or are looking for a path to return to a pain free ski experience following an injury, it’s likely that a question has run through your mind while out for a ski that you wish you had a physical therapist by your side to field.

We’ve got your back.

FasterSkier is excited to introduce a new reader-driven series: “Ask the PT”. You ask, we answer.

So who is the PT? 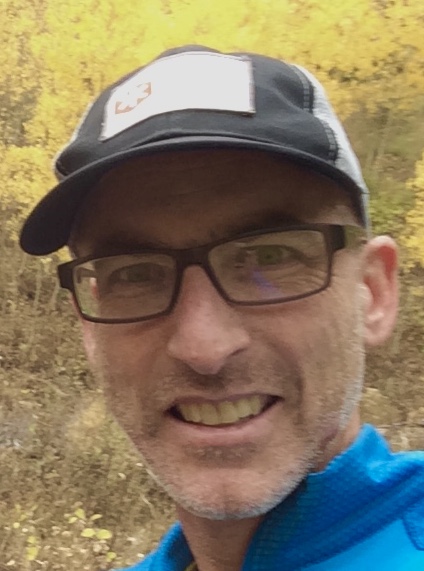 Already a familiar face on this site, Ned Dowling is a physical therapist based in Salt Lake City, UT. Most recently, Ned authored the “Building a Better Skier” series, focused on biomechanics, as well as articles on heart rate variability and an upcoming piece on SkiErg technique.

Though he had spent time on skis previously, Ned became hooked on cross-country skiing after moving to Salt Lake City a decade ago. With an extensive background in cycling, Ned worked as a physical therapist for a pro cycling team for several years, which gave him insights into the professional endurance sport world that have now transferred into his work with skiers.

After attending a U.S. Ski & Snowboard conference on ACL repair several years ago, Ned connected with some of the strength and conditioning coaches working at the Center for Excellence in Park City, and began learning more about the teams who trained there. These connections eventually led to a call in January 2020 asking him to travel to work with the U.S. Cross Country Team.

In March 2020, as the pandemic loomed, Ned traveled to meet the team in Lillehammer, Norway, following Ski Tour 2020. (If, like us, you feel the last two years have been a blur, Ski Tour 2020 was a six-stage tour that began in mid-February in Östersund, Sweden and ended in Trondheim, Norway. The women’s Tour was won by Therese Johaug, with Pål Golberg taking the overall win for the men.)

Ned has since continued his relationship with the U.S. Ski Team, and more recently assisted with athlete care during the team’s fall training camp in Park City, UT. Ned is also slated to join the team for the final two weekends of World Cup racing which are scheduled to take place in Falun, Sweden and Tyumen, Russia.

Olympics Preview: What We Know About the Courses and Venue