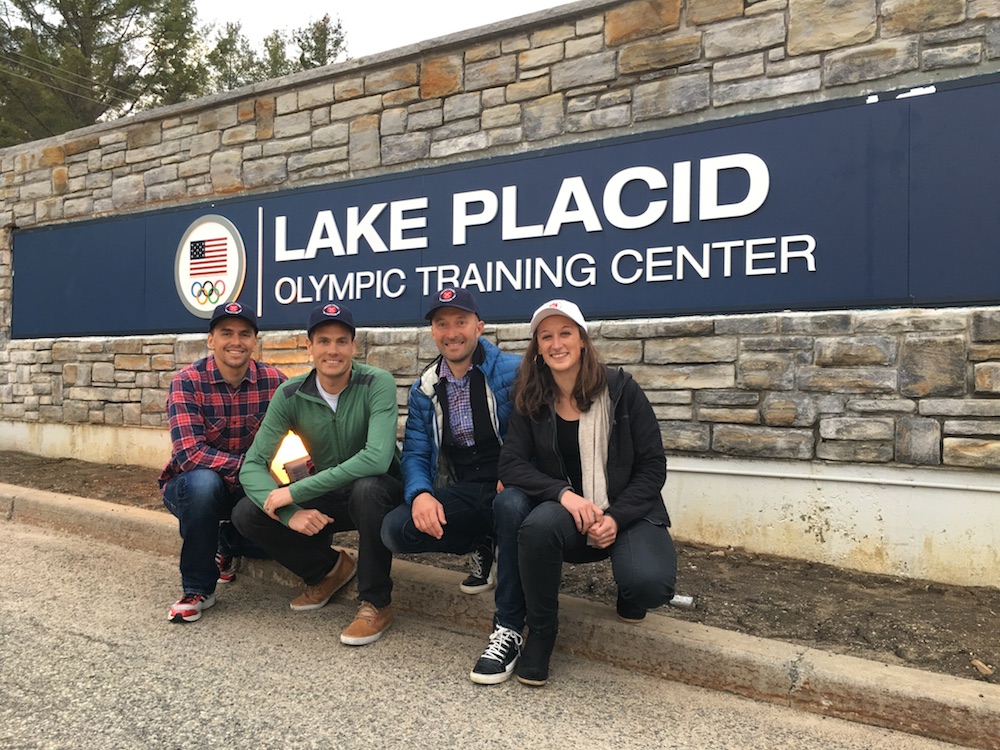 The newest additions to US Biathlon’s coaching and sport-development staff (from left to right): Michael Greis, Tim Burke, Armin Auchentaller, and Danika Frisbie as seen on May 1 outside the Olympic Training Center in Lake Placid, N.Y. (Photo: US Biathlon)

This season, the US Biathlon Association (USBA) hired on two new coaches; 47-year-old Armin Auchentaller from Italy and Germany’s 42-year-old Michael Greis. Auchentaller’s primary duties are with the women’s team whereas Greis will focus on the men.

The U.S. team comes off the retirements of two of its steady-stars; Lowell Bailey and Tim Burke. (Burke was hired in May as USBA’s athlete development manager.) The hiring of the two coaches is part of a plan to reinvigorate veterans like Susan Dunklee and continue to develop athletes like twenty-three-year-old Sean Doherty – a four-time World Junior Champion. 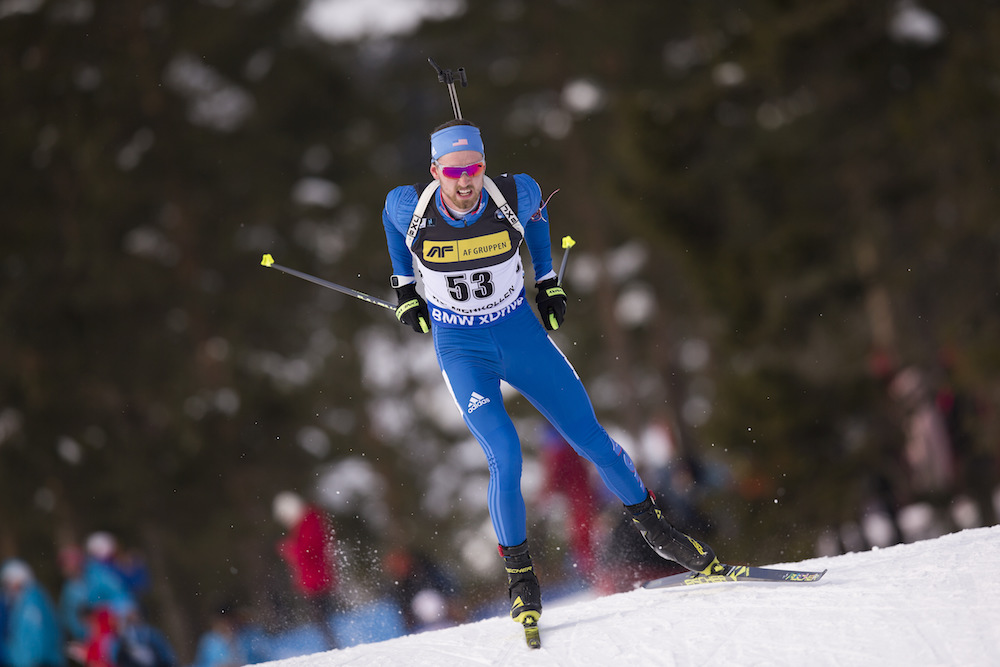 Sean Doherty (US Biathlon) racing to 14th in the 10 k sprint for a season-best individual result at the 2018 IBU World Cup in Oslo, Norway. (Photo: USBA/NordicFocus)

FasterSkier connected with Auchentaller last summer in Lake Placid. As he guides the women’s team, he will remain European based, travelling back to the U.S. for specific training camps. Married and the father of two teenage girls, Auchentaller foresees the arrangement as beneficial, with the on-season travel minimized due to the mostly European based IBU World Cup schedule.

Auchentaller is no stranger to the USBA, he was brought on as the shooting coach in 2009 and remained with the team through the 2014 Olympics. From 2014 to the PyeongChang Olympics, Auchentaller worked with the Swiss elite biathlon team.

“You know, it’s a small family, the biathlon family is a small family, so the training itself doesn’t change that much,” Auchentaller said about the differences he has seen working with different national programs. “There are some little things which might be a little different depending also on the training background they had in the past years. So training, training philosophy, training science is pretty much universal in the whole world. It’s just a matter of how you apply different things to the group you have right now to work with. The bigger change is the mentality, so that’s nice. Languages, and, you know, Switzerland is for sure different than Italy, and Italy is different than US culture, but that makes it really nice for me at least to see those differences and everybody has a good culture, there is no bad culture.”

The women’s team Auchentaller inherits is a stable of committed biathletes. Susan Dunklee has been the team’s top performer for years, Clare Egan has emerged into a top-ten skier this early season, Joanne Reid and Emily Dreissigacker are proven World Cup talents.

“It was interesting when I started before the first camp, it was a little of, um, how do you say that I wasn’t sure what to expect how motivated they could be or are,” Auchentaller reflected. “But it turned out that they are really motivated. … So, if they continue like they work now, they will have some personal bests. I would say, we don’t talk about podiums and these things, but its to reach at least your personal best for the first thing. So they are all different characters, but they have built in this short time a good group atmosphere.” 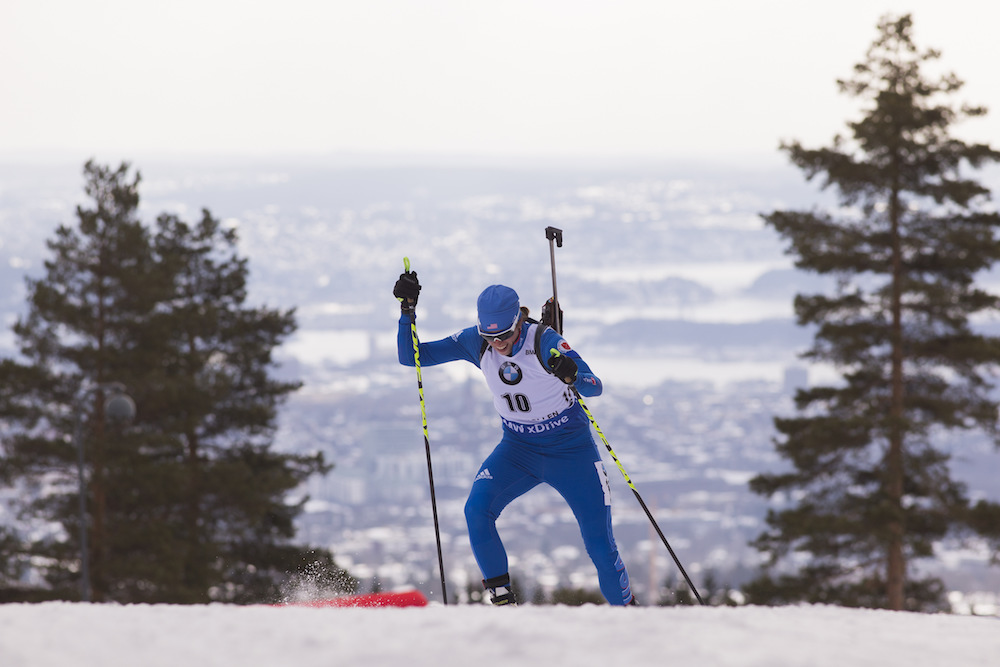 Susan Dunklee (US Biathlon) racing to fourth in the women’s 7.5 k sprint at the 2018 IBU World Cup in Oslo, Norway. It was her best individual result of the season by two places. (Photo: USBA/NordicFocus)

Last week’s racing in Pokljuka, Slovenia, the initial IBU World Cup outing for the women’s team under Auchentaller’s leadership proved successful. Dunklee earned an 11th place in the 15-kilometer individual, and Egan placed 15th in the 7.5 k sprint and a career-best sixth in the 10 k pursuit.

“The experience level in the team is for sure huge, it’s a lot of difference, so it’s also a balance to find the right balance between all of those capacities, all those characters, that makes it nice also,” Auchentaller said. “If they respect each other, if they have a lot of respect, they will help each other and grow as a group. It’s an individual sport, but if you grow as a group in the single trainings, you will be better also for your own results.”

Auchentaller also admitted he sees himself as a generalist when it comes to assisting any biathletes during training – that includes biathletes on the men’s team.

“I just cannot stay there in a corner and look at some things where I see ‘this can be better’, I just jump in and tell them,” Auchentaller stated. “And if they are alone here, [without a coach] then it’s obvious that I help them. I am a coach. It’s the profession I have, so you just ask if you can help them, and it’s pretty normal for me.” 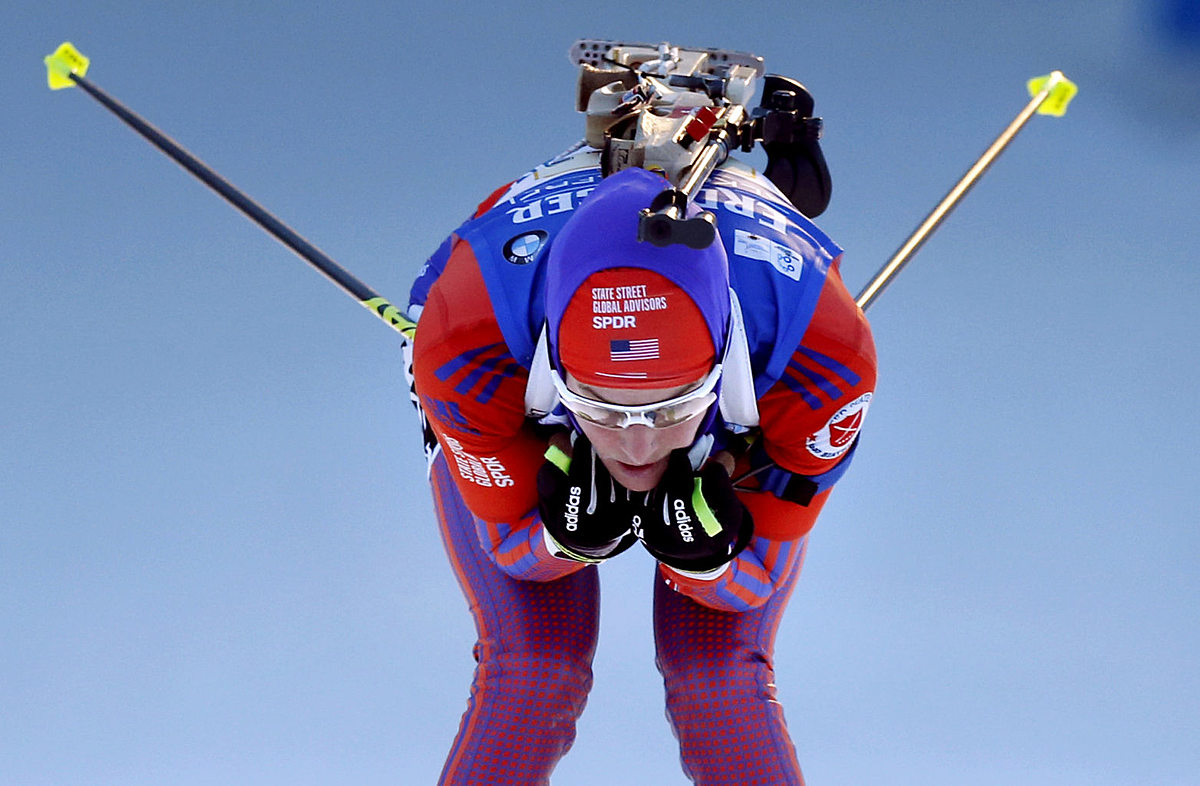 Greis comes to the US Biathlon team as a storied three-time Olympic champion for Germany. Having retired from competition six years ago, Greis most recently coached Swiss junior biathletes based in and around Lenzerheide, Switzerland. His work with the U.S. men’s team will evolve as he learns the capacities of each athlete.

“I ’ll try to understand how my athletes have trained in the past and then develop their individual capacity,” Greis emailed this November about how he spent his first dryland season with the men’s team.  “The foundation is the key: Matt Emmons [our shooting coach] and I worked on a great execution in shooting in order to improve the hit-percentage. Also in endurance training, we logged a lot of rollerski training to increase efficiency and improve the routine in combo sessions.”

Greis guided the men’s A and B teams during the off-season, but his primary responsibility will be those on the World Cup this winter.

“During the winter I am mainly responsible for World Cup with a good communication with the  IBU-Cup team in order to change athletes if they compete well,” Greis said.

Greis comes from a system and a nation where in winter, biathlon is king. The proximity to biathlon specific training venues is relatively easy compared to North America. Yet, Gries noted some key differences between a European and American based model. In places like Germany, a biathlete can join the army or police force and still be able to focus nearly all their time on biathlon. In the U.S., athlete funding can be tenuous, the training venues and athletes dispersed across widespread regions.

Acknowledging those limitations, Greis has immersed himself in a U.S. system that now focuses on camps to help team bonding and create efficiencies when athletes live as far away as Colorado from the hub of U.S. biathlon training in Lake Placid.

“US Biathlon tries to support the athletes in the best way,” Greis wrote. “We try to organize a lot of camps in order to train together and learn from each other. And it’s also important that Lake Placid, Craftsbury, Soldier Hollow continues to invest in the infrastructure to develop a great training venue. I think it would also be a good idea if cross-country and biathlon would work more to bring more kids into nordic sports.” 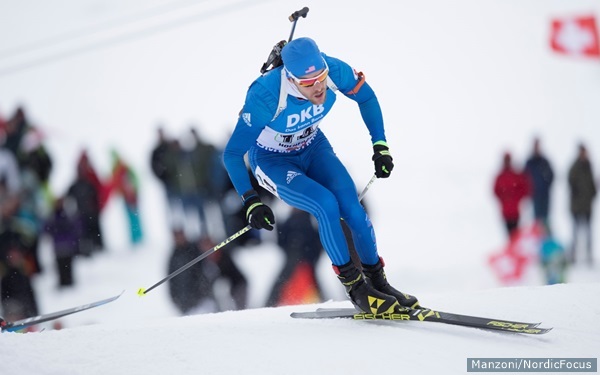 Last season, the men’s team placed 13th in the IBU World Cup Nation’s. With Bailey and Burke gone, Gries said in the short-term, matching that 13th this season is a modest objective.

“Our goal is to take the same place in the Nation Cup as last year and each athlete should improve his individual performance in the overall season,” Gries said. “None of my team took a top-ten career result so far – this is also an individual goal for each.”

The IBU World Cup continues in Hochfilzen, Austria on December 13.