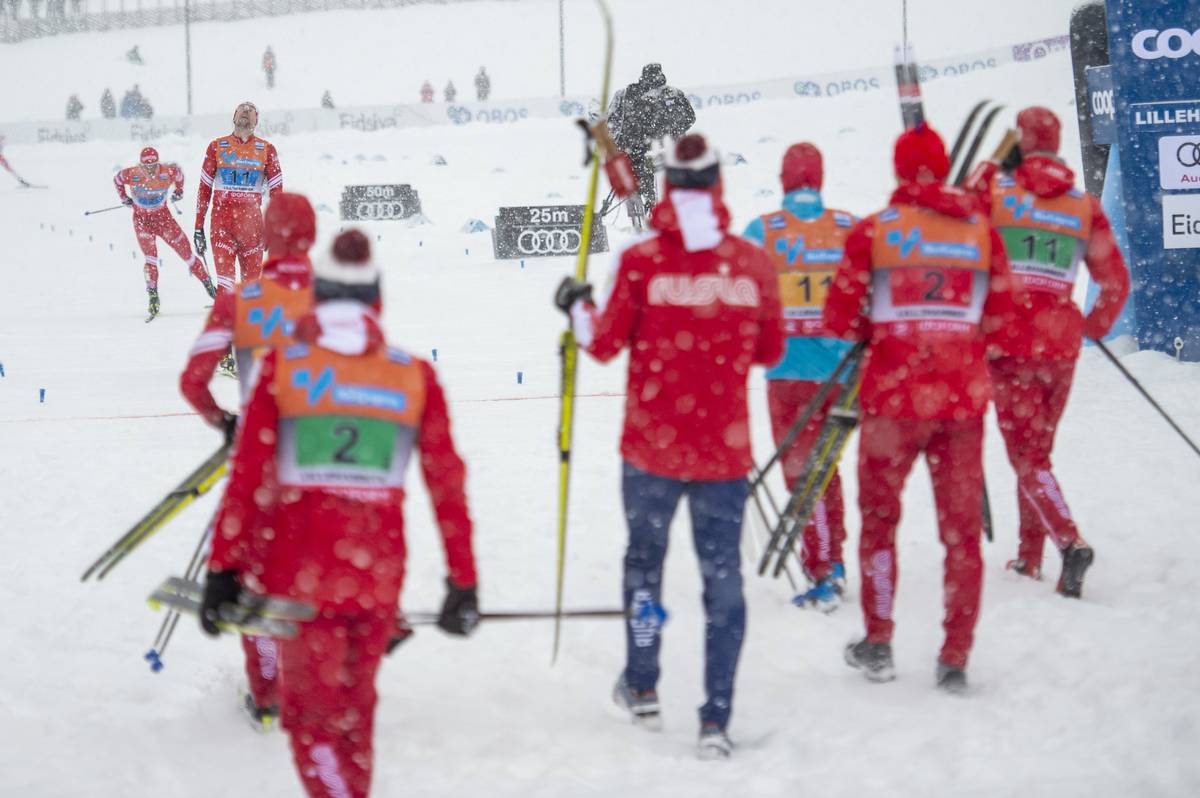 Russia soaking it in as they take 1-2 in the 4 x 7.5 k relay in Lillehammer, Norway. (Photo: NordicFocus)

Call it what you want: national pride, national bias, flag-waving: the team relays elicit nationalistic tendencies. In Lillehammer, Norway, you might think and maybe expect it’s your birthright to see the hometeam crush. That’s been the recent norm almost without exception.

Here’s the quick stats to either dispel or reinforce those tendencies: Norway has won nine of the last 11 relay races on the World Cup. Russia won the other two. In fact, Russia took first and second, Norway third in the last head-to-head 4 x 7.5 k match last season in Ulricehamn, Sweden. Throwing Norwegian dominance back into the equation, Norway has won five of the last six relays on home snow.

On paper, at least for Norway, some big names were missing from their team lineups. No No Emil Iversen. No Johannes Høsflot Klæbo. No Martin Johnsrud Sundby. That trio finished third, fourth. and fifth in Saturday’s 30k skiathlon. Add to that Didrik Tønseth who was busy representing Norway at the European Cross-Country Running Championships.

But Norway is deep with talent. As is Russia. For those keeping score, you’ll see no Alexander Bolshunov featured on either of the Russian teams — he won the skiathlon yesterday. That all said, in a non-championship year maybe it’s a time to tinker and experiment. Here were the teams holding the most podium potential. 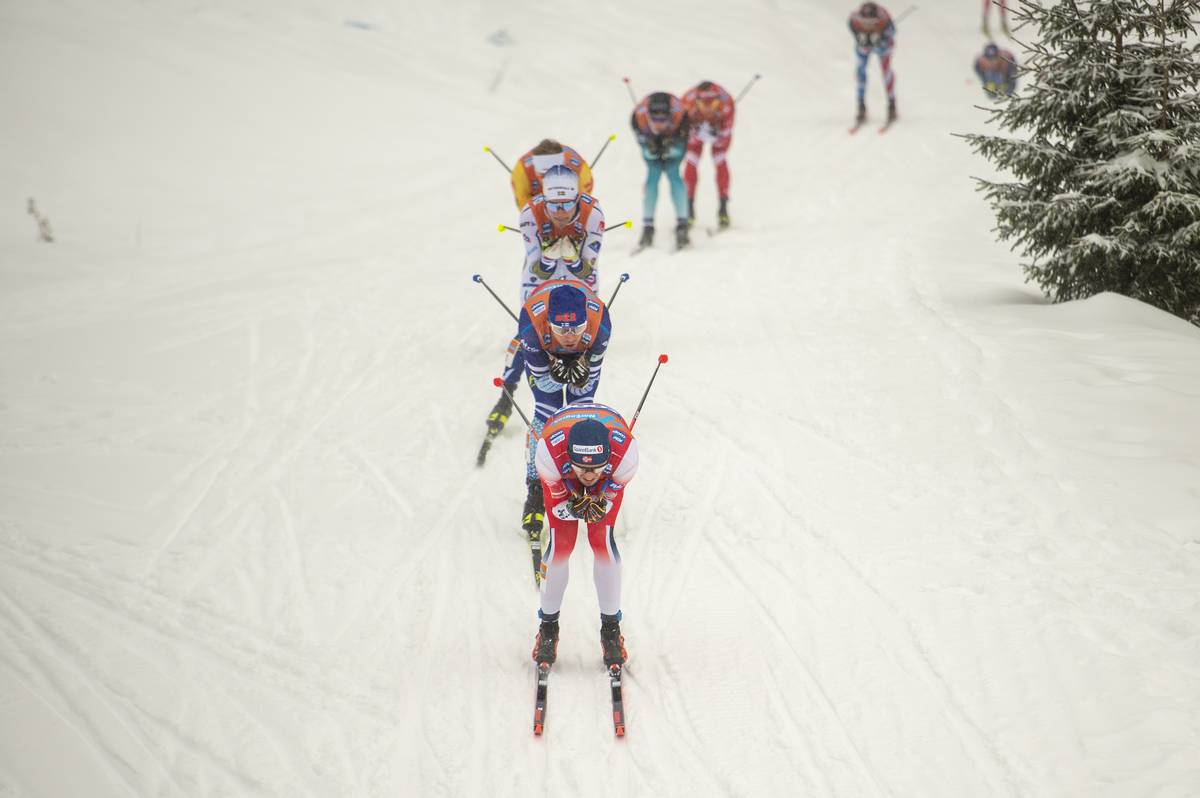 Pål Golberg (NOR) leading the pack during the scramble leg of the 4 x 7.5 k relay in Lillehammer, Norway. (NordicFocus)

The next closest team was Sweden, roughly twenty-nine seconds arrears in seventh place. At that point, the U.S. team of Erik Bjornsen, David Norris, Scott Patterson, and Kevin Bolger were in ninth (+1:13.7) and racing in a no-man’s-land with a sizable gap to France in eighth and Kazakhstan drifting back in 10th. 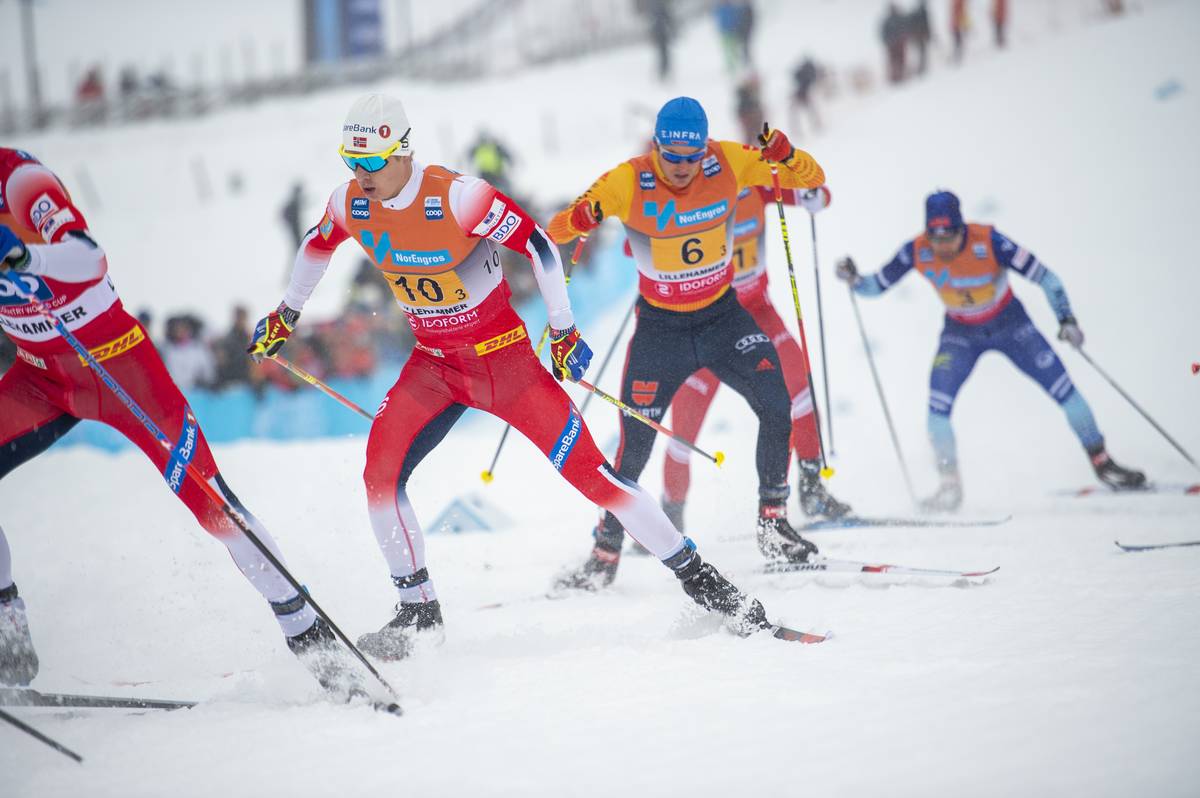 The race began to look a tad spicy for Norway around the 21.2 k mark, nearly an hour into the race. Krüger for Norway II, a sometimes peerless skate skier at that, put his stamp on the affair as he powered ahead on the course’s most prominent climb. Norway I’s Røthe followed Krüger in step. And Sweden’s Jens Berman kept pace as well. The real tease was that Russia I (Spitsov) and Russia II (Poroshkin) appeared cooked as were their team’s chances for anything but third place.

But, it’s a four chapter race. And the fourth leg coalesced into a five team scrum by 25k. Both Russian teams, the Norwegian squads, and Germany were all in it. We should note that Ustiugov, tagged 15 seconds back at the exchange, looked impressive shutting down that gap as he reeled in the lead groups. 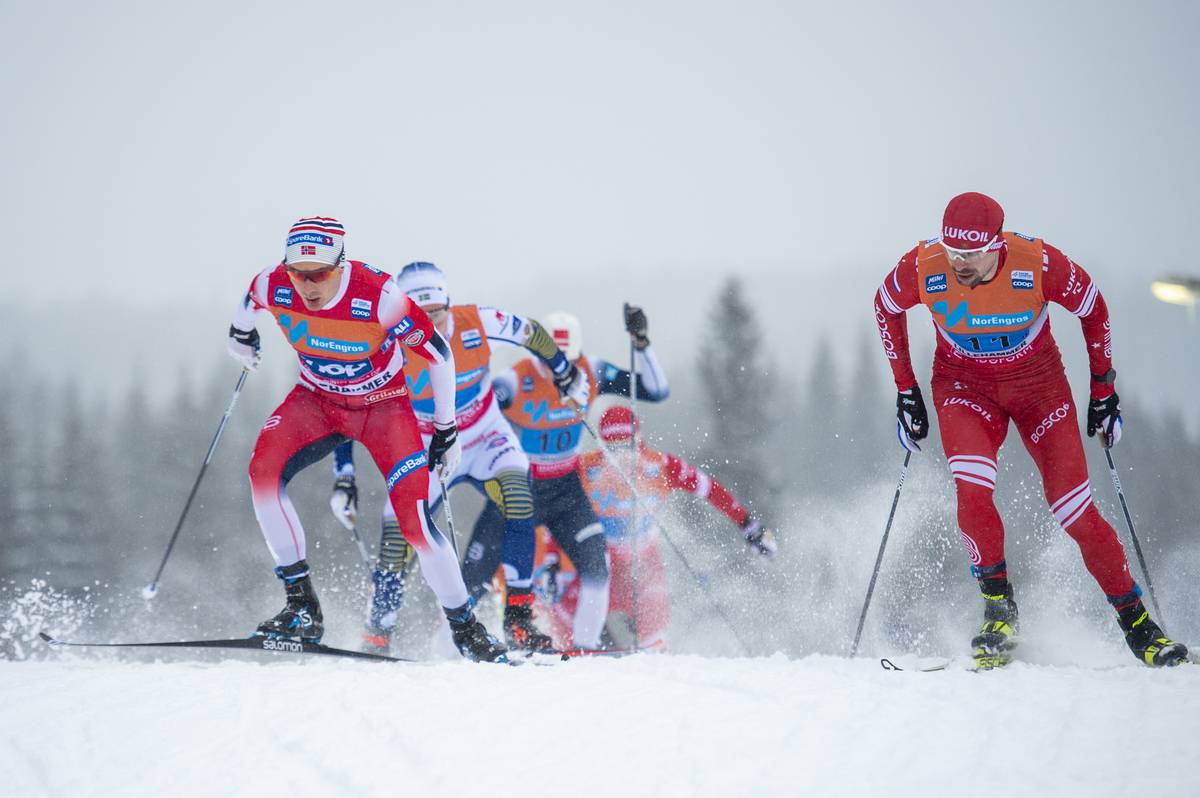 The racing scene’s old friend, Ustiugov, went to the front and eventually shut down the pace. It wasn’t exactly a crawl. It was Ustiugov revealing his tactical hand: wait until punishing terrain, and throw down a punishing push.

But it was Melnichenko for Russia I who made that move. Ustiugov kept pace and pulled through not long after Melinchenkov separted. Ustiugov looked like vintage Ustiugov: a full-body, all-in-it, furnace of power. 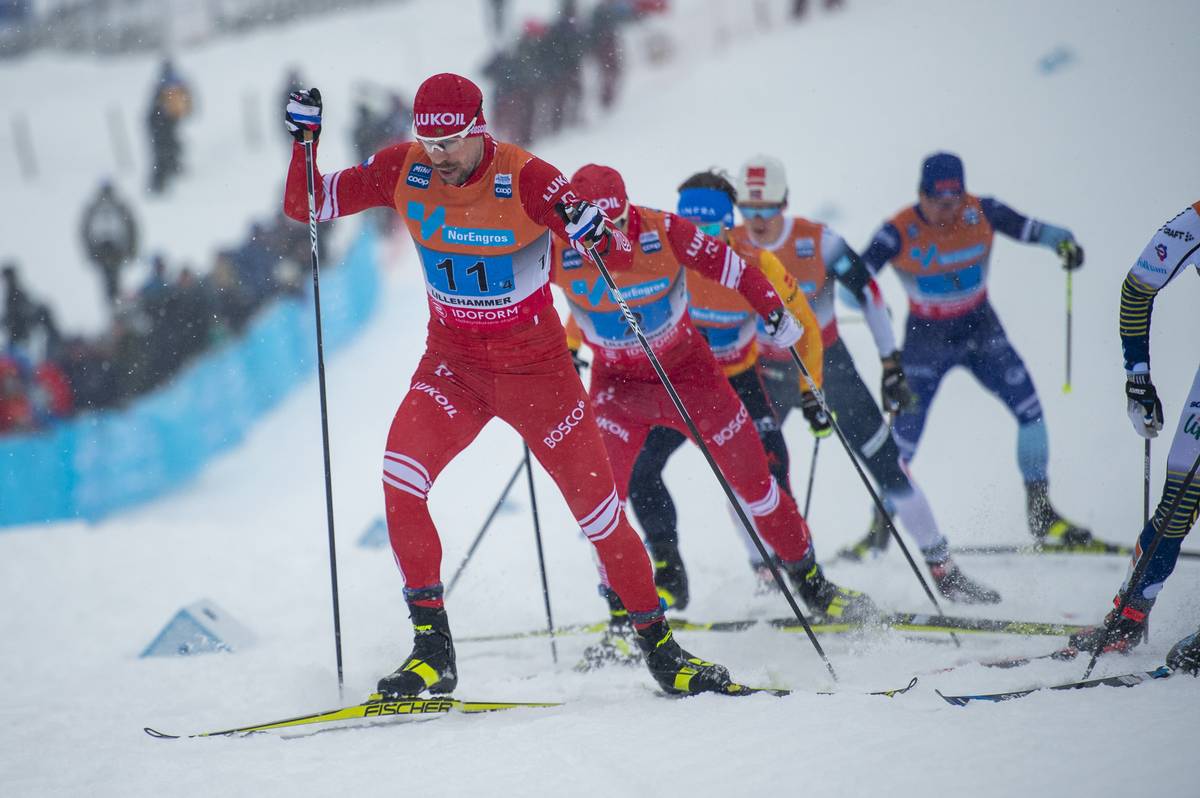 And that was it. Norwegian dreams were snuffed, Russian dreams realized.

The U.S. team skied to ninth place, 3:33.3 minutes back. U.S. World Cup Coach Matt Whitcomb explained in an interview that relay racing is often a “game of contact and if contact is lost the race is often lost.” The U.S. did lose contact. It remained a relay for the U.S. bright moments and the reality of skiing solo for a few legs. (In the interview below, Whitcomb also notes the thrill of watching an emerging Chinese program finish the men’s relay in a non-championship event.)

Closing out the day on the race course was China. They placed 11th (+12:44.6). Making note that the 2022 Olympics will be hosted by China, it will be interesting to see how this team develops. 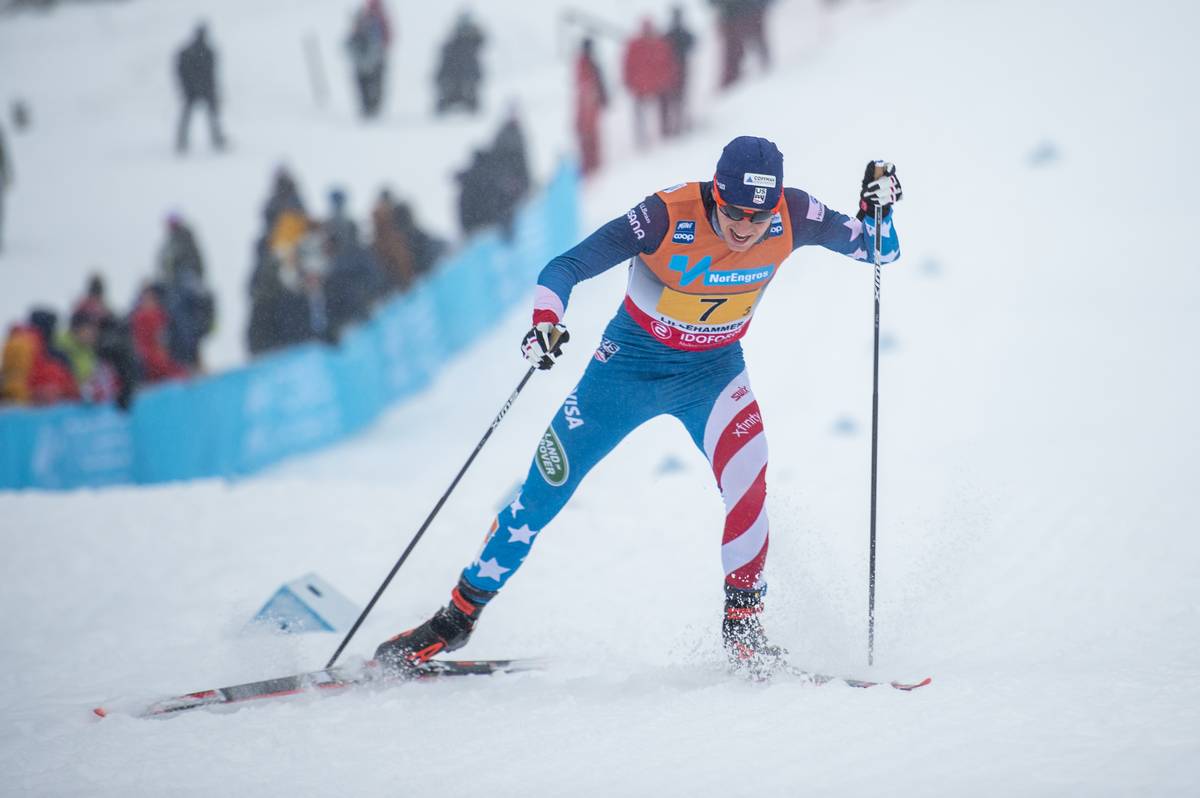 Scott Paterson of the U.S. Ski Team during the third leg of the 4 x 7.5 k relay in Lillehammer, Norway. (Photo: NordicFocus) 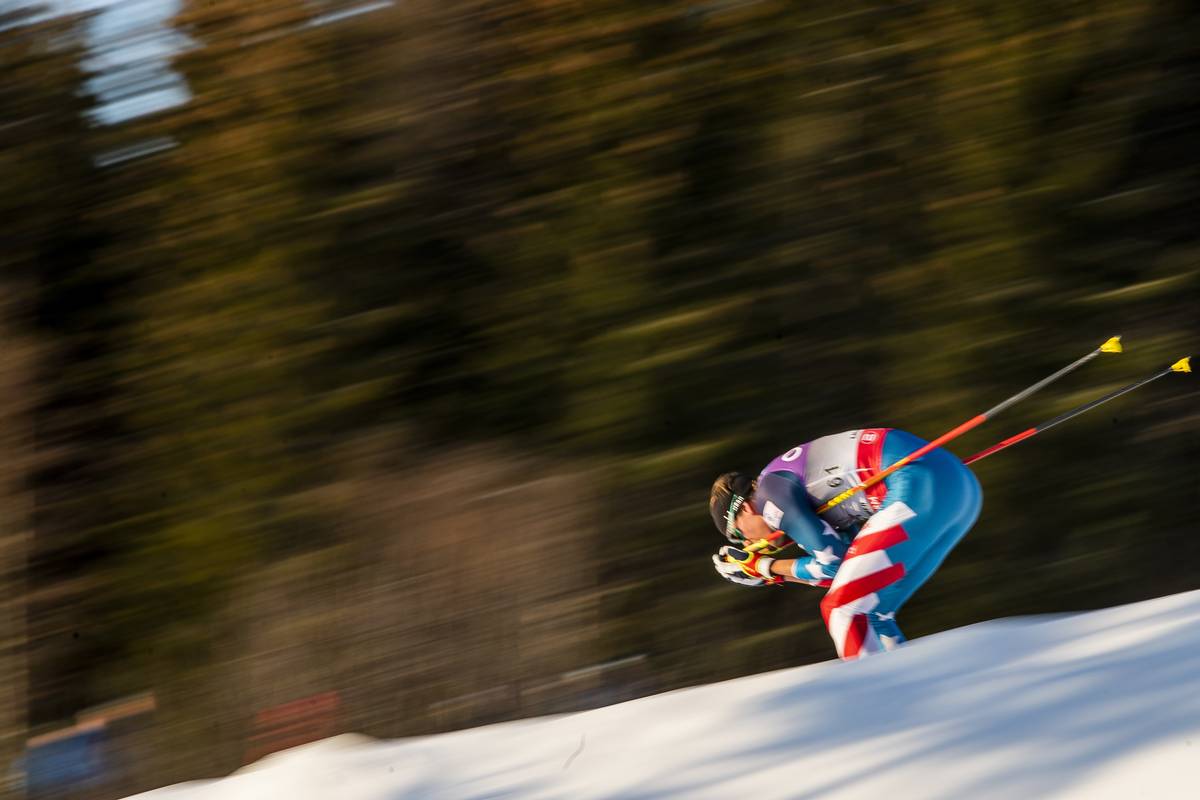 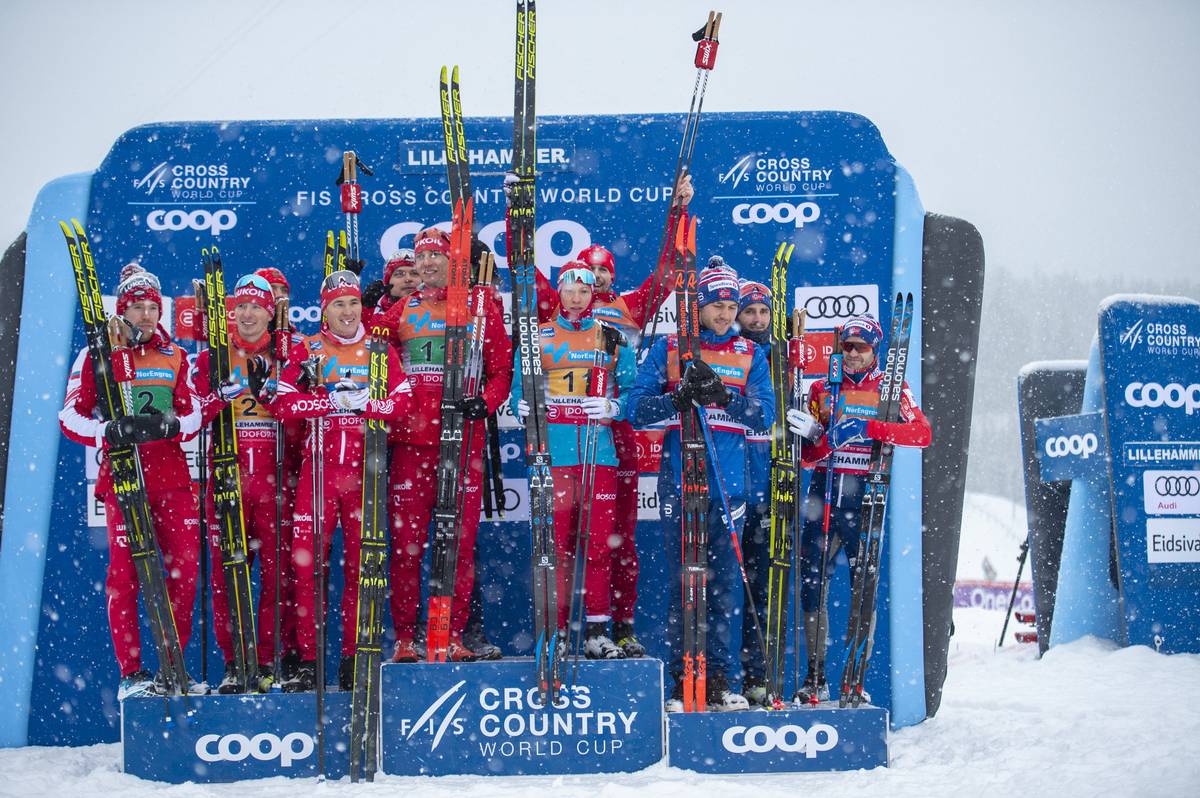 The podium from the 4 x 7.5 k relay in Lillehammer, Norway. (Photo: NordicFocus) 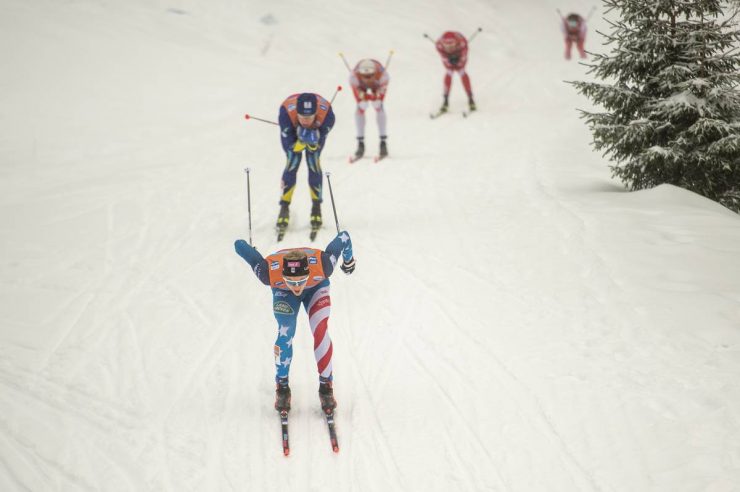 Erik Bjornsen during the first leg of the 4 x 7.5 k relay in Lillehammer, Norway. (Photo: NordicFocus) 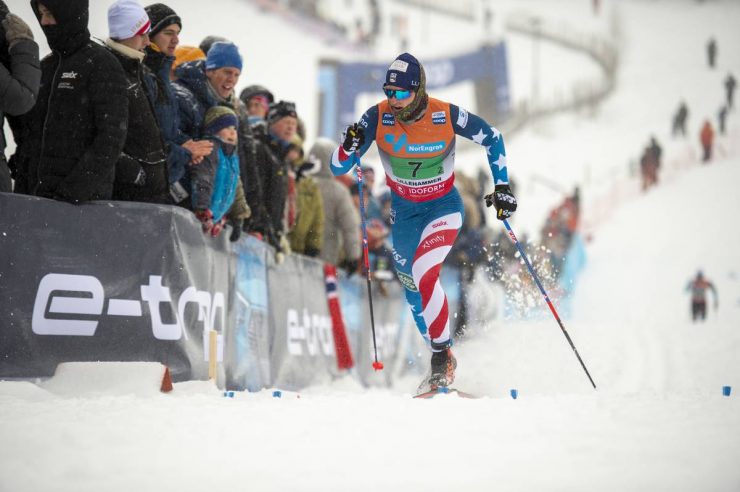 David Norris during the second leg of the 4 x 7.5 k relay in Lillehammer, Norway. (Photo:NordicFocus) 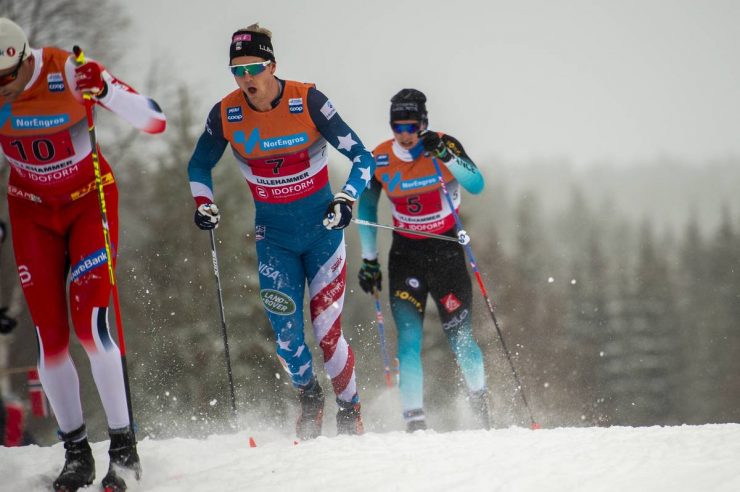 Erik Bjornsen during the first leg of the 4 x 7.5 k relay in Lillehammer, Norway. (Photo:NordicFocus)