Over the last five years, Dr. Stacy Sims book ROAR and the work of the team behind the FitrWoman app, cited by the US Women’s National Team soccer athletes as a key to their World Cup victory, have sparked conversations on how female athletes might take their unique physiology into account to optimize their training. However, the application of this research is far from ubiquitous. Research into the implications of hormonal fluctuations across the menstrual cycle to strength, inflammation, fatigue, nutritional demands, and the myriad of other training considerations is relatively new to the exercise physiology scene, partly because women tended to be excluded from research as their cycle might cause anomalies in the data.

While this area has seen a boom in research over the last decade, the individual variation women experience coupled with the prevalent use of various forms of hormonal contraceptives makes it challenging to provide concrete generalized recommendations that will serve all female athletes. However, as the area gains more attention, trends have emerged that may help athletes who feel they could benefit from aligning their training or nutrition to their cycle.

Some examples include periodizing hard strength training and intensity sessions earlier in the cycle when the ratio of estrogen, a steroid hormone, to other sex hormones is optimal, including a greater emphasis on hydration and electrolyte supplementation in the later half when elevated levels of progesterone trigger a rise in body temperature, or consuming anti-inflammatory foods during the pre-menstrual phase to mitigate inflammation and other PMS symptoms.

For women desiring to troubleshoot or better attune their activity to their cycle, tracking is recommended as a first step to illuminate patterns in mood, fatigue, sensations during training, et cetera. Diving into the information presented in ROAR or tracking tools like the FitrWoman App that present findings on how training or nutrition might be aligned to the cycle may be a good next step to access information on existing research. Then, through self-experimentation or communication with a coach and/or registered dietician to apply these strategies, an athlete can learn which strategies might make the greatest impact in optimizing their training and overall health.

As the topic of female-specific physiology gains traction in exercise physiology research circles, we began to ask how it is being used amongst elite athletes? And, how does this apply to the FasterSkier community?

In January, FasterSkier spoke with former World Cup athlete and exercise physiologist Guro Strøm Solli regarding her recent article “Changes in Self-Reported Physical Fitness, Performance, and Side Effects Across the Phases of the Menstrual Cycle Among Competitive Endurance Athletes” published in September 2020 in the International Journal of Sports Physiology and Performance. The research presented in the article included survey data collected from 140 respondents, all of whom were elite-level cross country skiers and biathletes.

To look for parallels to this research closer to home, FasterSkier distributed a similar anonymous survey to assess the extent to which elite American skiers and biathletes track their menstrual cycle alongside their training, adjust based on cycle, experience side effects, and feel they have sufficient access to knowledge in this area. FasterSkier’s survey can be found here for reference.

And now for the takeaways: the similarities to Solli’s research and the trends in responses, including featured responses that best represent common themes or differing viewpoints, and what coaches and athletes might gain from this insight.

The survey saw 16 respondents, all of whom were national team members and/or trained with elite-level clubs such as Alaska Pacific University, Stratton Mountain School, Craftsbury Green Racing Project, or the Bridger Ski Foundation Pro Team. 68.8% were between the ages of 22 and 30, with 18.8% in the category of 18-22, and 12.5% between 30-35 years old. 62.5% of these athletes experienced 8-12 menstrual cycles per year, 6.3% experienced 4-7 cycles and 31.% fewer than 4.

The respondents were evenly split between hormonal contraceptive users and non-users (this question was not further broken down by type), and of athletes who used a tool like FitrWoman to track their cycle. Of the 50% who used a tracking tool, 87.5% had done so for 1-3 years, with the remainder of athletes tracking for less than one year.

Q: In your experience, what affect, if any, do the phases of your cycle have on your training adaptations and/or performance?

In line with Solli’s research, most athletes identified the week leading up to menstruation as the most common to experience detrimental symptoms, such as bloating, fatigue, lethargy, or mood changes. Some athletes also expressed positive impacts, which are featured in the next section. Three athletes expressed that due to the nature of ski racing every weekend during the winter, they either chose not to focus on the impacts of the cycle since they would need to be mentally and physically primed to race during all phases, and maybe preferred not to plant the seed that there might be factors that may hold them back on race day.

Q: During which times within your cycle do you feel your performance potential and/or ability to train hard and recover well are maximized? Explain.

Most athletes indicated that the best sensations in training and racing occurred in the first half of their cycle, after their period had started. During menstruation, female sex hormones estrogen and progesterone are low, then estrogen independently rises in the second week of the cycle. Both “ROAR” and the FitrWoman app identify this as a sweet spot for high intensity training, heavy strength training, and decreased recovery time between sessions.

Q: During which times within your cycle do you feel your performance potential and/or ability to train hard and recover well are most diminished? Explain.

Thirteen of the respondents identified the week leading up and the first few days of their period as the time their training and overall feelings were most impacted, both physically and mentally. Note that registered dietitian and professional runner Maddie Alm, who is concurrently collaborating with coaches and experts on a project surrounding female physiology, offered suggestions for mitigating the effects of PMS during her interview on NordicNation.

Q: What adjustments, if any, do you make to align your training and/or nutrition with your cycle? Examples could be: postponing or increasing recovery between hard sessions, increasing volume or intensity during a specific phase, increasing/decreasing carbohydrate or fluid intake, etc.

No athlete reported strategically aligning her training or nutrition to their menstrual cycle, though several responses included the idea of listening to their body and dialing back when needed.

Q: Do you communicate with your coach regarding how you feel during different phases of your cycle? If so, explain how you and your coach use and discuss that information.

Q: What information, if any, have you received or read regarding how normal hormonal fluctuations may influence training adaptations, nutritional requirements, and performance?

So, what can we gain from these responses?

It is noteworthy that over 80% of the responses stated that they had never spoken with a coach regarding their cycle or female physiology. As absence or irregularity of a menstrual cycle can also be thought of as a “canary in the coal mine” for the damaging condition referred to as Relative Energy Deficiency in Sport (RED-S), providing resources and initiating conversations about this topic might help female athletes not only optimize their athletic performance but also prioritize their overall health and wellbeing.

One athlete commented that it was awkward to discuss her cycle with her coach as he was male, one said she did feel comfortable because her coach was female, and another commented that their conversations about the topic were in the form of “girl talk” with teammates. This is consistent with Solli’s journal article, where athletes were quoted as citing “because he is a man” as a reason for not discussing the topic with their coaches. The respondents in this article also expressed that their coaches lacked general knowledge about the menstrual cycle and the differences between male and female athletes. “I think there may be differences due to the MC that he is not aware of,” one athlete wrote.

Female coaches are underrepresented at the elite level. In the United States, roughly 20% of Division 1 ski programs are led by a female coach, and the Craftsbury Green Racing Project stands alone as the only postgraduate elite team with a female coach, namely Pepa Miloucheva. U.S. Ski & Snowboard has recently hired a female coach to lead the D-Team, Bernie Nelson for the 2010-2020 season, who passed the baton to Kate Barton.

Coaches should educate themselves on these topics to help support their athletes and, if they do not feel comfortable initiating conversations with athletes directly, consider bringing in professionals to provide education to their athletes. Ensuring females are represented in a program’s coaching or support staff, or relying on female team captains to initiate these conversations may also be valuable.

As we wrap up this series (at least, for now), we remind readers that this is an evolving topic as the impacts athletes experience take place on a spectrum and research is ongoing. We hope this information has started conversations, given women tools to start their own inquiry and self-experimentation, and raised awareness for the work being done to learn more about the female athlete body.

Spring is in the Air: Time to Think About Ski Storage 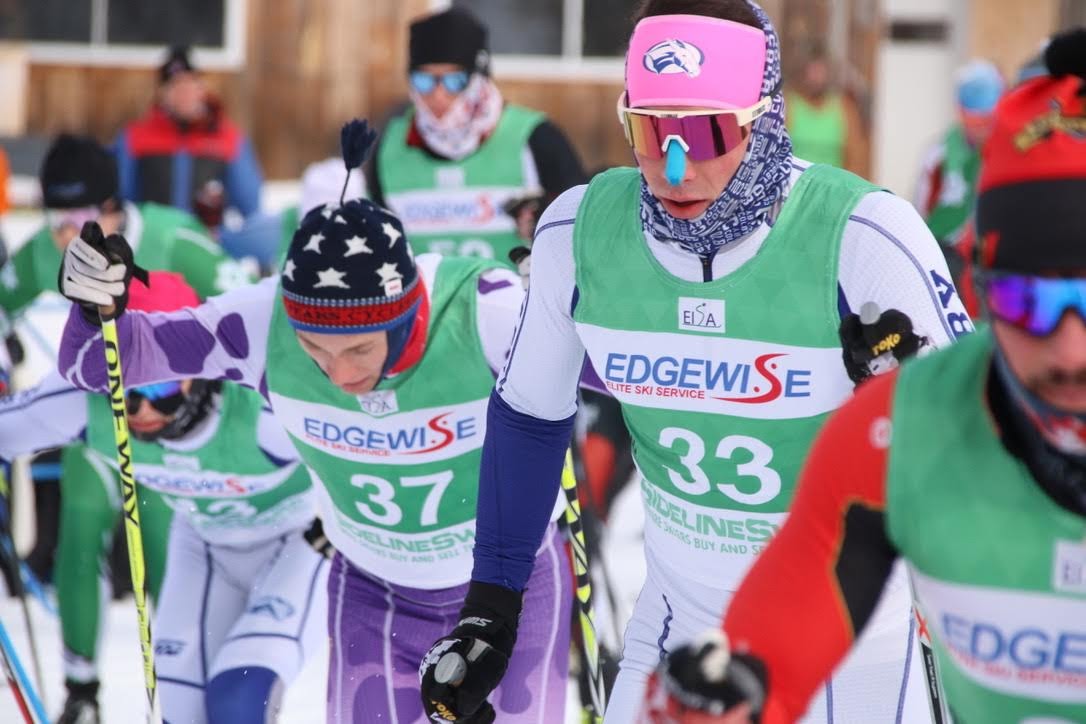