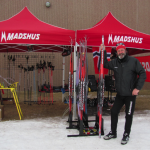 Madshus, the world’s leading performance Nordic ski company, is thrilled to announce Erin Moening and Conner Truskowski as the winners ofthe inaugural Peter Hale Memorial Scholarship. With nominations received from all across the country, the selected recipients were chosen based on exemplifying the following criteria: • High school-aged athlete (14 to 18-years-old) • Demonstrates an unwavering […]

Seattle, Wash. (October 1st, 2014) – Madshus, the world’s leading performance Nordic ski company, will kick off a three-stop dealer tour to announce the launch of its new Madshus empower™ program and accompanying consumer app. The tour is scheduled to run early October at US Nordic retail shops in Park City, Burlington, and Minneapolis. Madshus […]

The Marketing and Team Coordinator assists with the implementation of all marketing, creative and promotional programs to maximize brand exposure and sales for Madshus Nordic and K2 Inline skate divisions. The Marketing and Team Coordinator identifies the key communication vehicles outlined by the Brand manager and deploys all marketing collateral, POP, PR, and advertising for the market, relative to the product, to obtain these objectives.

(Press release) SEATTLE, Wash. (July 17, 2013) – Madshus, the world’s leading performance Nordic ski company, announces the growth of its athlete team with the addition of 2014 US Olympic hopefuls Caitlin and Brian Gregg. The Greggs, each highly accomplished and influential ski racers, anticipate an exciting future with the Madshus team. Caitlin Gregg, a […] 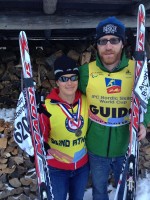 The 40th annual American Birkebeiner began like any prior Birkie for Madshus sales representative Ben Dubay, spending the OO demo days on the Birkie trail, prepping and loaning the latest gear for curious spectators and anxious participants to test and compare. During the demo Jesse Crandall, a native Wisconsin NCAA ski veteran and seasoned Nordic coach, dropped by to see what Madshus had to offer. Impressed with their latest skis, boots, and poles Jesse borrowed a Madshus setup to demo and came back impressed. In fact, Jesse liked the equipment so much that he asked if it was possible for Madshus to lend some equipment to himself and Shawn Cheshire, a blind athlete Jesse had been guiding and coaching as she worked to be selected for the US Paralympic Team in Cross Country Skiing and Biathlon was whom Jesse was going to lead on her first Birkie. Happy to lend some gear and struck by Jesse’s request, Ben quickly agreed. 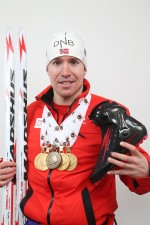 The 2013 IBU World Championships represent one of the best ever performances by the Madshus team athletes. No less than nine medals – eight gold and one bronze – were secured on the new Madshus REDLINE skate skis and Super Nano Ski boots. 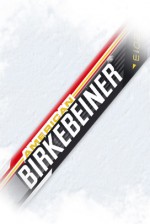 With three seasons of steady increases in backcountry ski participation, more and more people are discovering the appeal of untracked snow, and backcountry touring sales nearly doubled for the 2010-11 season, according to Snowsports Industries of America. The options are endless in the backcountry, where fresh tracks don’t have to mean steep peaks and big descents. Bridging between worlds of pure Nordic and alpine design, the new Cross Country Downhill (CCD) series of skis from Madshus continues to lead this growing category, allowing skiers to explore new frontiers with even more stability and ease.

Madshus, the world’s oldest ski company, introduces the new Madshus RED collection of racing products for the ultimate in performance. Designed and proven over three years between the elite of the Madshus Racing Team athletes and engineers, the new REDLINE Carbon Classic Ski, REDLINE Carbon Skate Ski, and Super Nano skate boot reside in a class all alone.

Madshus, the world’s oldest ski company, announces the growth of its US sales force with the appointment of Chad Willems as its new sales representative for Washington and Oregon.